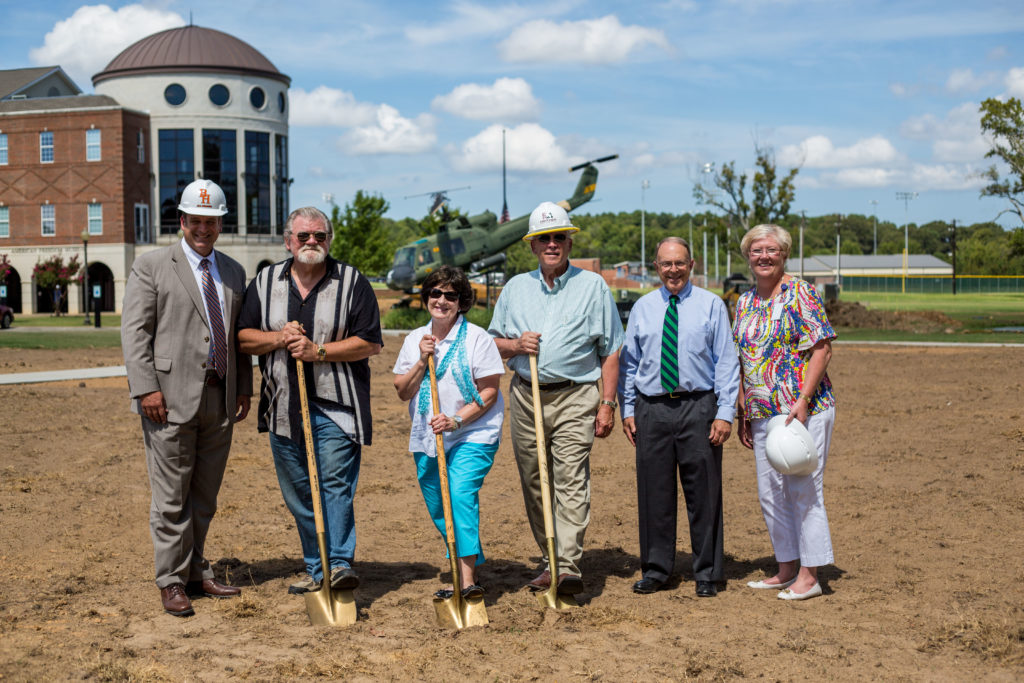 Early next year, the American Freedom Museum will open a new one-of-a-kind outdoor memorial and educational exhibit. In keeping with the Museum’s mission, this exhibit will honor American veterans and military personnel for the sacrifices they have made to ensure our freedoms while also educating this and future generations about our rich American heritage.

Through the generosity and collaboration of lead donors, Eddie and Sandra Fritcher, Fritcher Construction, Don and Barbara Allen, the American Veterans Traveling Tribute, and many other charitable businesses, this exhibit will mark the first of its kind in the United States.

The “Walk of Honor” will consist of a thirty-four panel walking tribute in a park like setting with picnic tables and benches for reflection. The first eight panels of this tribute includes educational information on:

The next fifteen panel tributes contain operations occurring after the Vietnam War up to the 9/11 Terrorist Attacks with educational information, order of battles, engraved images and listings by name of each casualty.

The Walk of Honor ends with a 9/11 Tribute made up of eleven panels listing the almost 3000 casualties to ensure they will never be forgotten.

The final piece of the outdoor exhibit includes a thirty panel Iraq and Afghanistan War Memorial. The memorial contains all of the almost 7,000 names of those who paid the ultimate sacrifice fighting the Global War on Terrorism from 2001 – 2017. Casualties are listed alphabetically by year for easy referencing. It also contains timelines, maps and other general information about the conflicts along with a Medal of Honor Recipient panel. The memorial is a great tribute to our Heroes and the centerpiece of the new exhibit. There are future plans in the works to have an audio walking tour to guide individuals through the outdoor exhibit.

The Museum is also planning to open its newly renovated Vietnam Gallery late this fall along with several new educational and technology updates and additions that have been generously sponsored by Dr. Glen and Stacey Graves and the Graves Family Foundation.

The American Freedom Museum is a comprehensive teaching Museum that takes one on a journey from the hills and valleys of the American Revolution to the sands of Iraq and Afghanistan, centering on our nation’s presidents and military that have courageously led and sacrificed to ensure the freedoms we enjoy today.

Since its opening, the American Freedom Museum has had the opportunity to HONOR thousands of veterans and military personnel who have heroically served our country and who have sacrificed their lives protecting our God-given freedoms. We also continue to have the opportunity each year to EDUCATE and INSPIRE thousands of students across the United States about the wonderful and rich heritage they have as Americans.