We recently had the opportunity to catch up with Brook Hill alumna, Avery Priest ’15 about what the Lord has taught her, advice she would give to current BH students, and how she really feels about school uniforms.

As educators and administrators, we care deeply about our students. We count it an honor to partner with parents during a student’s formative years, and we pray along the way that the time, belief, and energy we’re investing will take root and produce students who love the Lord, think critically, and pursue learning for the rest of their lives.

It’s such a gift to see our Alumni thriving and actively pursuing who the Lord has created them to be. To this end, we love getting to catch up with our alumni and we hope that sharing their stories will not only honor their journey but encourage our current students to keep dreaming about what their post Brook Hill possibilities might look like.

Avery attended Brook Hill for 6 years and graduated in 2015 before moving to Arkansas where she attended The University of Arkansas and studied Communications. Avery and her husband Dakota (Dak) have recently been in Tyler preparing for an overseas move so we stole the opportunity to catch up with her! 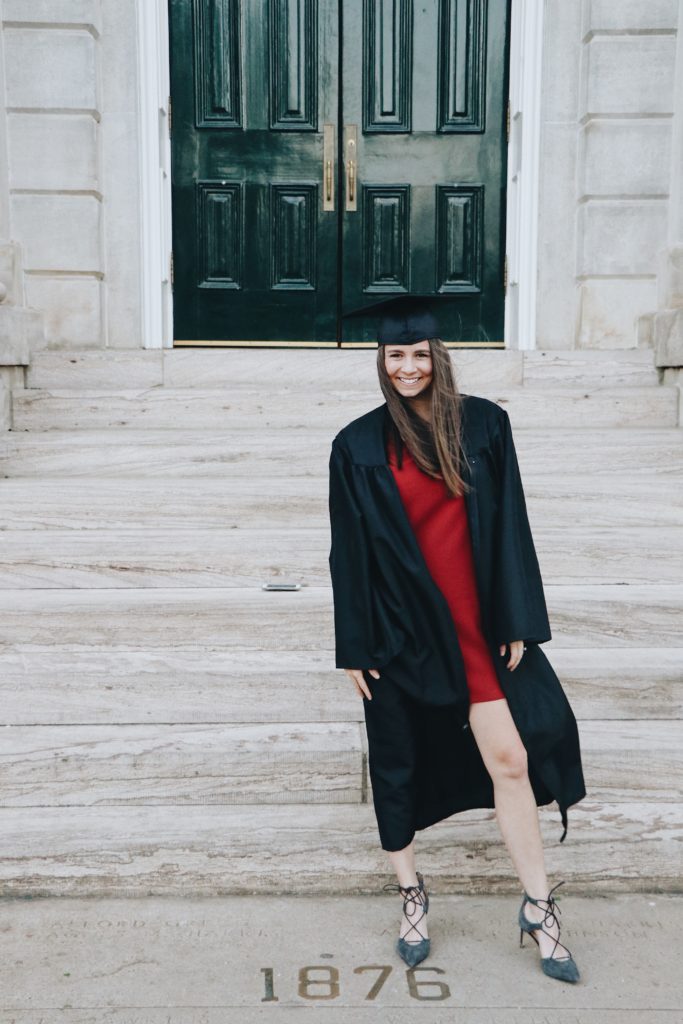 Avery: Most recently I’ve been working with Campus Realty in Waco as a day job while attending discipleship school in the evenings. We’ve also flipped a house in Waco which was fun!

Currently, I am heading to Jakarta, Indonesia with my husband Dakota plant a church and work with a non-profit called Hope for Indonesia. This organization works to reach people across every sphere of life. (for example, anti-human trafficking) We’re excited about the opportunities to serve people and demonstrate the Gospel in tangible practical ways.

BH: What led you to consider and pursue Missions?

Avery: We had the opportunity to join a missions trip to Tijuana (the most dangerous city in the world at the time) where people were caravaning and attempting to get into the US. Our team went into tents and homes and preached the gospel. We saw people responding in each home or place that we visited, asking to be healed and saying “yes” to Jesus. I saw their demeanor change before my eyes and watched them cry out to Jesus. These people just had a desperation for Jesus that I had never seen before.

When Dak and I debriefed each night, we had just never been more alive…we felt like we were living in the book of Acts. We knew from this experience that we wanted missions to be a part of our lives.

At the time following discipleship school, Dak was deciding on where to go to law school. We had assumed he would go to Baylor because of his scores, but he was surprisingly denied. He then got lunch with a staff member of the Law School, and it turned out that the system glitched and reported his decision as denied. He had actually been accepted with a full ride! We learned that his acceptance is valid for 3 years and it was actually confirmed that this was not where the Lord wanted us at this time.

Prior to being married, we had both considered missions after hearing a missionaries’ story from her time in Afghanistan following 9/11. After hearing her share we knew individually that this is something the Lord had called us to individually, something we would have done if we were single, so we decided to dedicate our marriage to the Lord and pursue missions together. 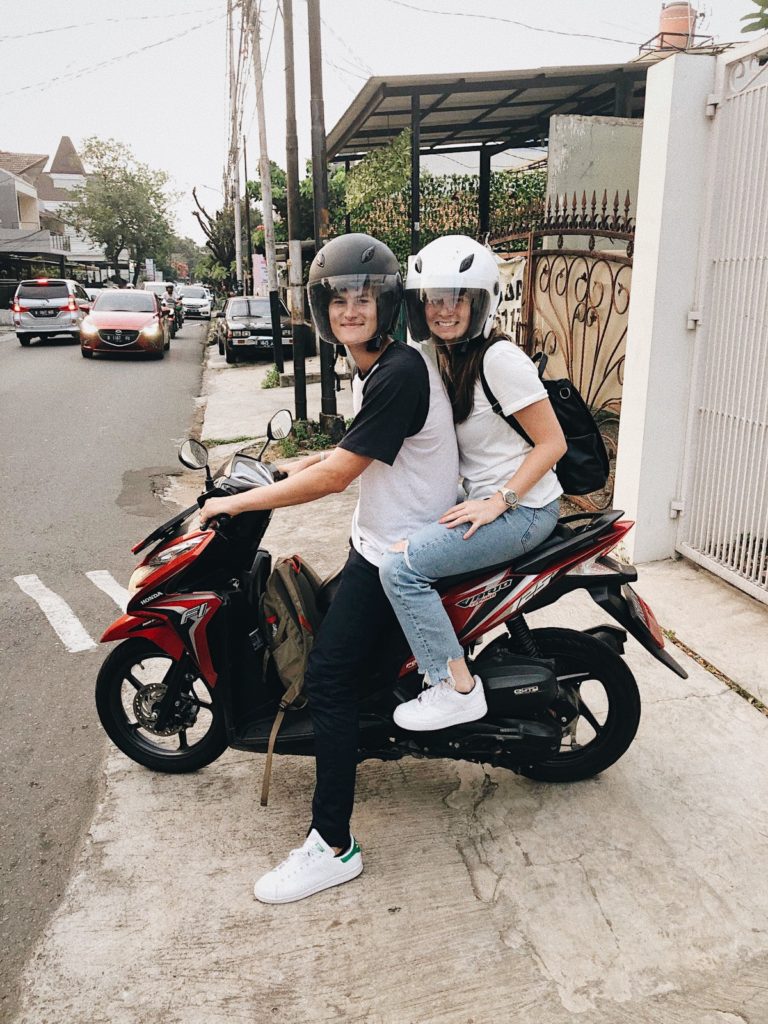 BH: You mention Discipleship School? What was that like? How did it change you?

Avery: It was very intensive. Monday + Thursday nights for 4 hours. We had just moved to Waco and bought a house to fix up, so our lives were kinda crazy. It is a lot of practical discipleship (practical knowledge – how to read scripture and really study the word), a lot of instruction on different disciplines for your walk with Christ.

I learned a lot of new things, even though I’d grown up in a Christian home and community, in Christianity my whole life. I kept thinking “how have I never heard these teachings before?” We pursued discipleship school because Antioch (our church) is very missionally-minded and a huge part of the school is having missionaries come in and speak to the students, some are on break and some have even been kicked out of their nation (in West China — concentration camps). Hearing their stories was very faith-building — it was not out of a fairytale. It was like the book of Acts in modern-day stories.

I was also learning that those missionaries were just normal people living normal lives, but they had a bigger faith in a bigger God than I did. They seemed to have faith for things that I didn’t. Their testimonies made me want something bigger. I got a better grasp of the Holy Spirit through my time in discipleship school. I now know His role in my life, and I have faith in Him to move around me because I understand His character.

Avery: We knew Jakarta was a 3-year trip, and we wanted to go to a place where it would be fairly easy to learn English. Our Pastor suggested a handful of places – Indonesia being one of them. I actually said to Dak “OK I’m fine with any of them, BUT Indonesia.” Then the Indonesia mission leader was in Waco and we happened to meet with him and learned about the heart behind his team and what our responsibilities would be there. We decided we wanted to serve under his leadership and get behind the momentum his team has created in Indonesia.

Avery:  Never in my life did I think I would be in the mission field. It surprises me because I love America and I am a homebody. I am really big on comfort… I struggled with anxiety a lot in college. But in discipleship school, the Lord was shaping my heart and calling me to crazy things, which kind of gave me more anxiety actually. My anxiety used to cripple me in making decisions, but he used the missionaries around me as vessels to heal me of that. I was so quick to be fearful, but the Lord has called me up and out of a lot of that due to the faith-building I’ve experienced. Fear and faith cannot coexist. 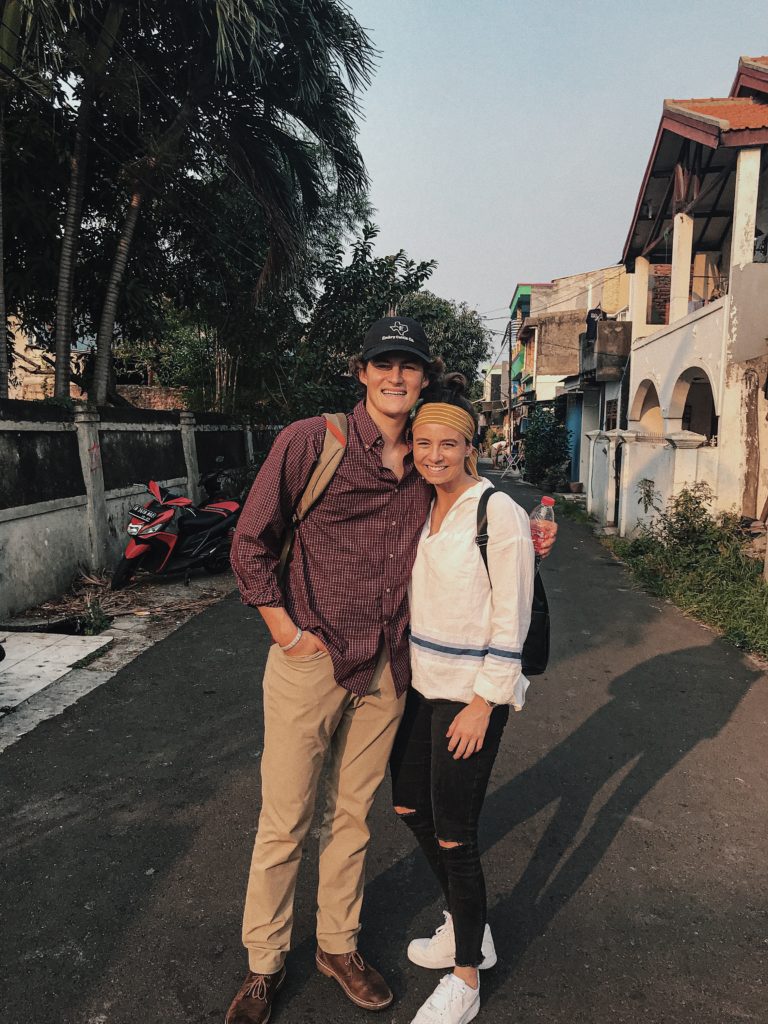 BH: How did Brook Hill prepare you for your journey (literally)?

Avery: I definitely think Brook Hill made me more curious about others’ cultures due to interactions with students from so many different nations. It made the world seem so much smaller.

BH: What would you tell your high school self?

Avery: There is so much of the “world” (so many other countries represented) here and you have so much ministry literally at your doorstep. If I could go back I would focus on those relationships that I had to pursue a deeper friendship with the international students. Whether hanging out at the Boarding houses, or initiating deeper conversations. Knowing where I’m at now and not having fear to start those conversations, I would tell myself to be more intentional with the boarding students. I would have gotten out of my bubble, because “relationships are the currency of the Kingdom” not your grades or accolades.

BH: Wow, we love that. We have two more questions really quickly. Did Brook Hill prepare you for life? How?

Avery: Yes! Teachers were so influential to me. Kent Travis particularly – his teaching and the way he taught us to think made him my most influential teacher by far. The teachers taught me to work hard and be disciplined. I think Brook Hill does a great job of establishing excellence. I would tell Mr. Travis thank you for giving his ALL to class. He really developed us as intellectuals with his whole heart because education is not a job for him and you can tell. This is his calling. He genuinely invested in his students and our growth and that has really impacted me.

I would like to also mention sports… I worked really hard in athletics because I was really invested there. The coaches impacted me a lot – they helped develop my character and really CARED about us. ex.) Coach Johnson. 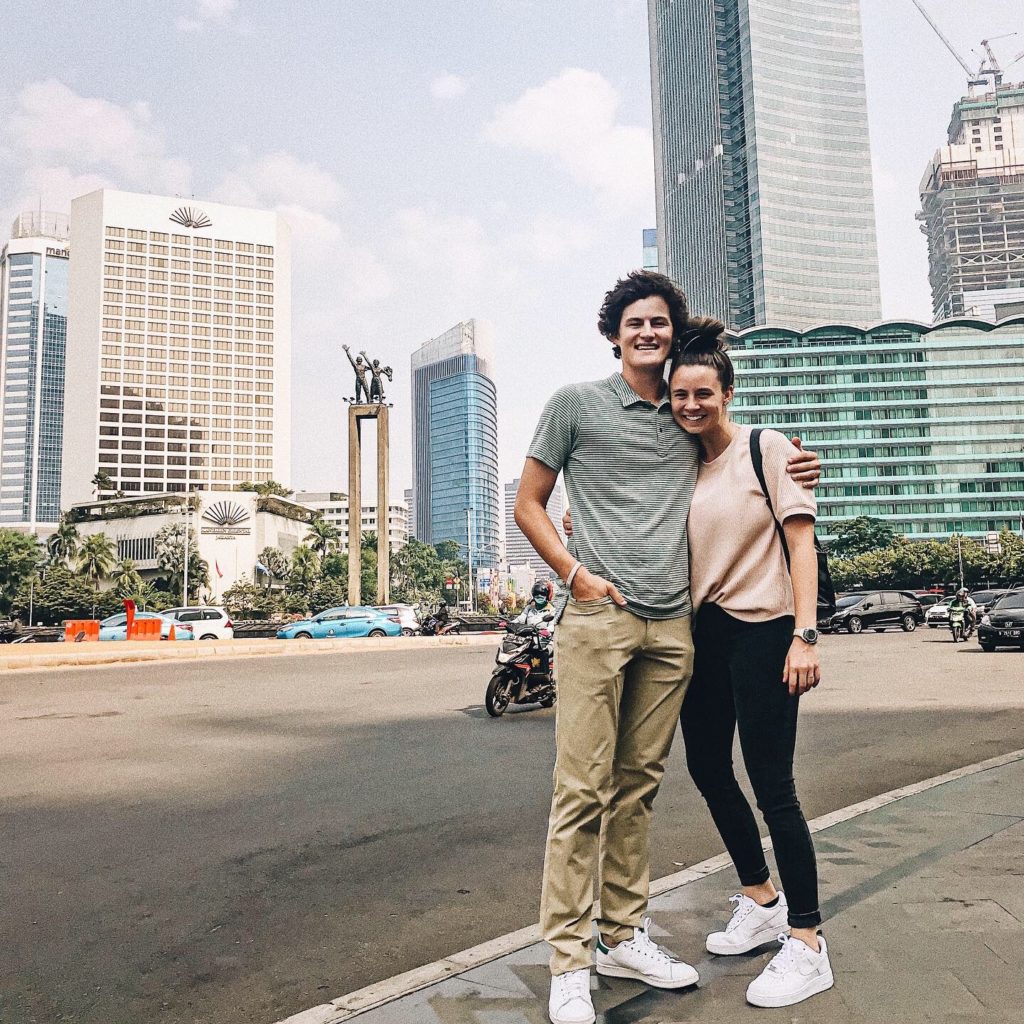 Avery: I think uniforms are a GIFT from the school to the students for so many reasons haha! You don’t have to decide what you’ll wear, it makes everyone feel included and equal, you save time, and it builds self-confidence.

I think I want people to realize that grades and sports are not the “end all be all”. We need to wake up and take advisory groups more seriously. My hope is that students care about the spiritual growth of others and use that time in an advisory to be vulnerable. It’s a private school, but it’s a Christian private school and we need to take advantage of that! I think the students have the ability to transform the school and the culture through being serious about advisory life groups.

We’re praying for you Avery and are so thankful for your time talking with us. It’s awesome to see how the Lord has led you to where you are now and we can’t wait to keep up with your journey to Jakarta.