Sophomores Marlee Gunter and Sarah Sims, along with seniors Sebastian Bayles, Cole Fitzgerald, Kegan Gunter, Cate Kimball, Tai Le, and Cole Overbeek all dressed in business professional attire and made the early morning trek to UT Tyler’s Cowan Activity Center to discuss everyday ethical matters with students from around East Texas. But it wasn’t a debate. It was an ethics bowl.

So what is an ethics bowl? Good question.

According to The University of North Carolina’s National High School Ethics Bowl page, an ethics bowls “are competitive yet collaborative events in which students discuss real-life ethical issues. In each round of competition, teams take turns analyzing cases about complex ethical dilemmas and responding to questions and comments from the other team and from a panel of judges. An ethics bowl differs from a debate competition in that students are not assigned opposing views; rather, they defend whichever position they think is correct, provide each other with constructive criticism, and win by demonstrating that they have thought rigorously and systematically about the cases and engaged respectfully and supportively with all participants.”

At the event, Brook Hill’s teams went up against teams from Robert E. Lee, Whitehouse, UT Academy, New Diana, John Tyler, and Sabine. Both of Brook Hill’s teams performed well, each winning two of the three matches they participated in.

After the three preliminary rounds, seven of the twelve teams were tied with two wins and one loss. As a result, the scorers had to assess total points awarded to each team. After the tally was done, Brook Hill’s teams came in fifth and sixth, just missing an opportunity to advance to the semi-finals.

Despite their not advancing beyond the preliminary rounds, Coach Kent Travis is still pleased with how both teams performed. He said both teams interacted well with each other and with their opposition. Plus, he said, “students who were intending to only offer input to their own teams during conferring times (which occur between each opportunity to address their opponents) surprised me and maybe themselves. It was as if during the Bowl they found their voice and realized that what they had to contribute mattered and could further the discussion on the ethical issue being explored.”

Opportunities like this give our students space to interact with different ideas, think critically, strengthen their public speaking skills, and hone their ability to dialogue and think on their feet. 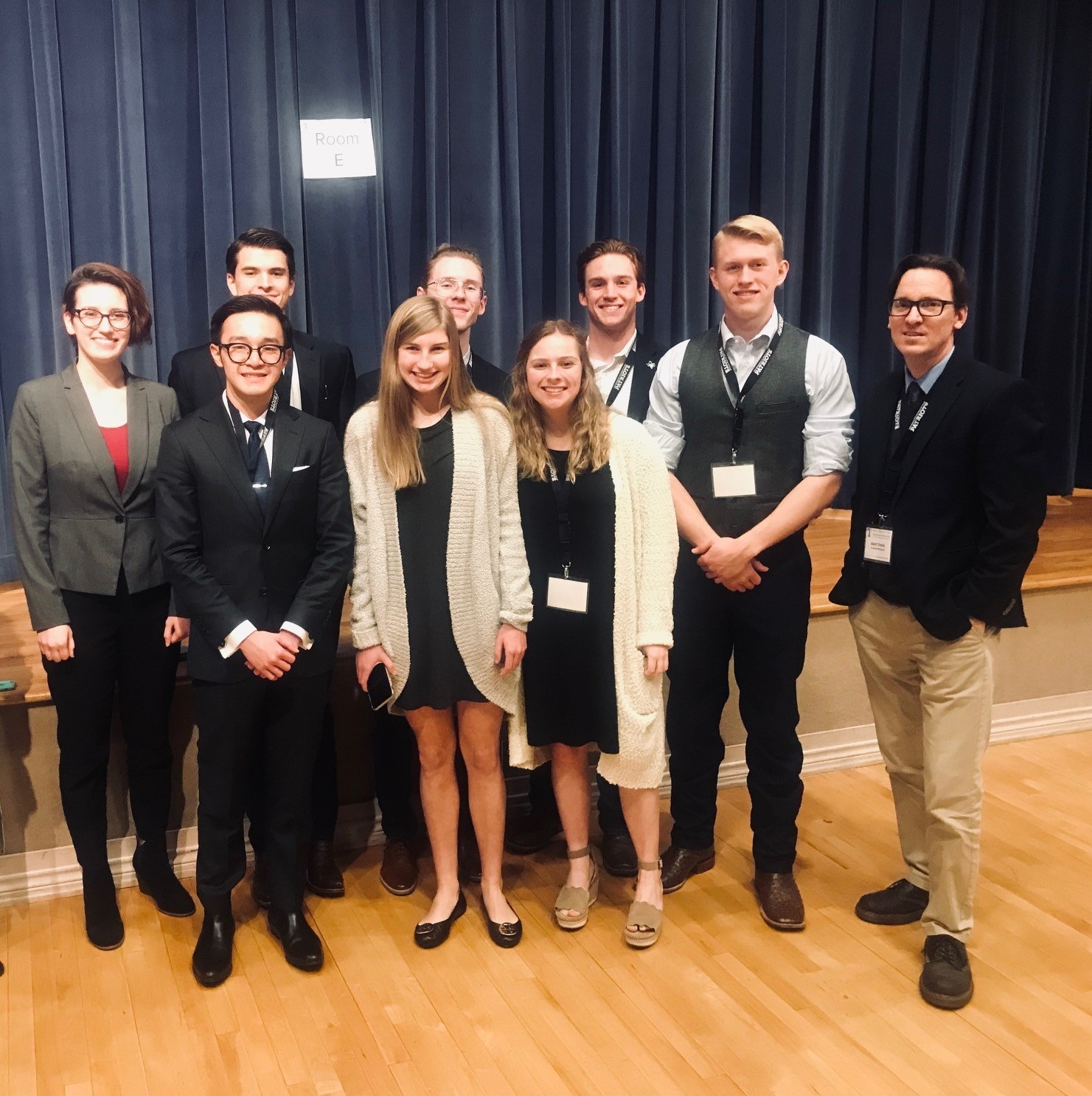