On Tuesday, March 27, the Brook Hill Middle School Choirs competed in the first ever TAPPS Middle School Vocal Contest. The goal of the contest is to prepare Middle School students for what the Upper School contests will be like.

The contest was held on the campus of Grace Community School and was patterned after the upper school contest. Each choir prepared three songs, based on criteria appropriate for their age group and performed before a panel of three judges. The choirs were rated on a scale of one to five, with one being the top score (Superior). Both the Treble Choir and the Tenor/Bass Choir received Superior ratings from all three judges.

Some comments from the judges were, “Great tone…rich and confident, “Enjoyed your performance,” and “So impressive!”

The choirs will have their final performance on Tuesday, May 8 at Spring at the Brook starting at 6:30 in The Commons. 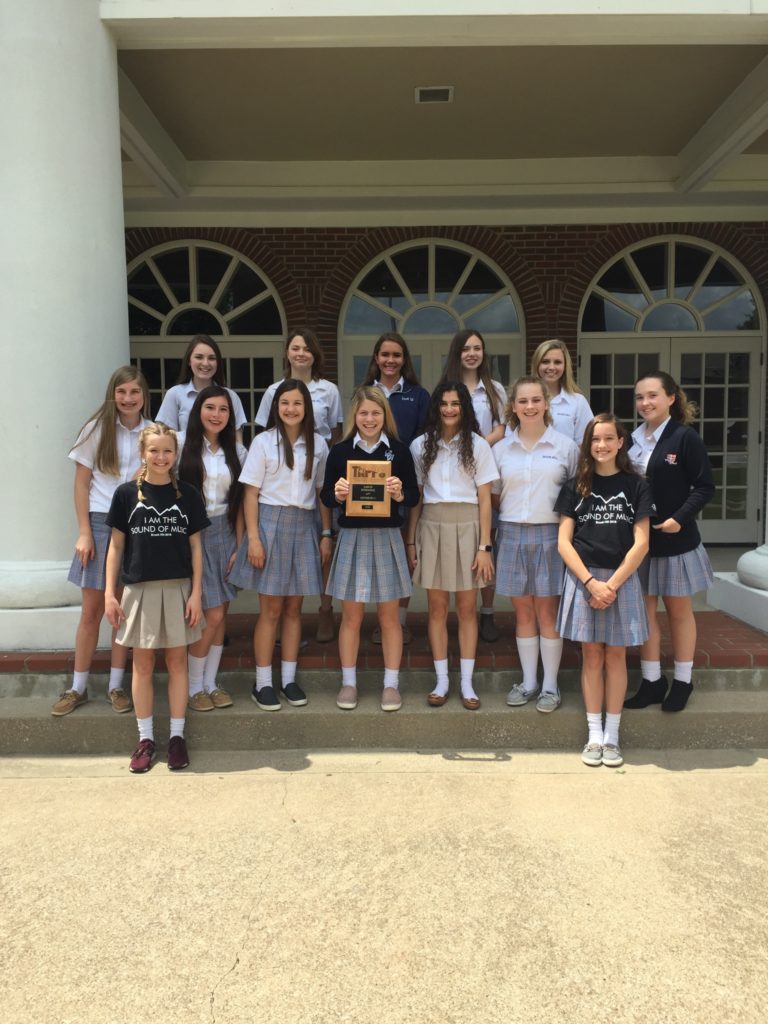