We’d love to send a big congratulations to our one of our alumna, Samantha Anderson! 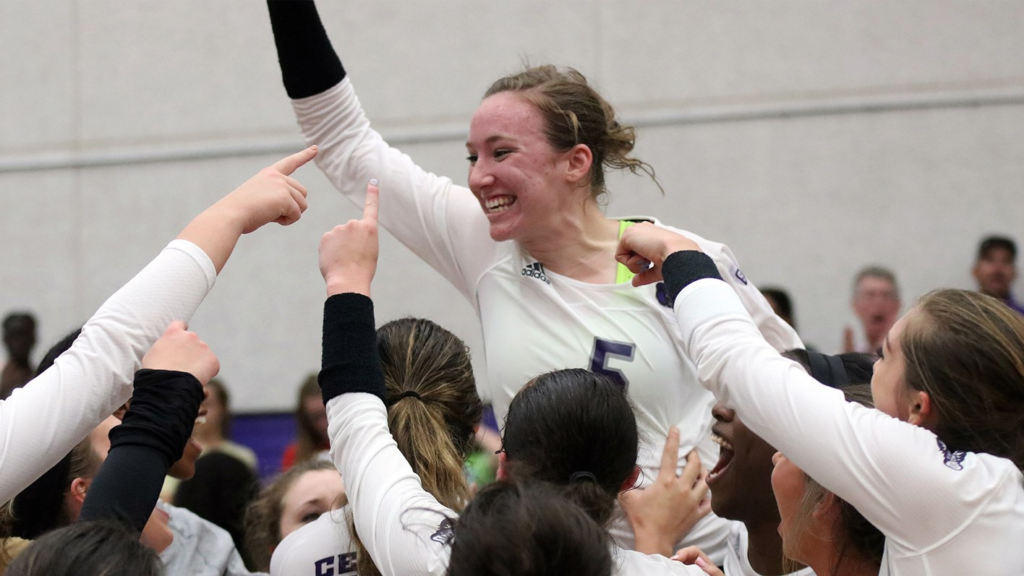 Here is the text from an article on southland.org –

FRISCO, Texas – Central Arkansas’ junior Samantha Anderson is the 2017 Southland Conference Volleyball Player of the Year, the league announced Tuesday along with its all-conference teams. All Southland yearly awards are presented by Ready Nutrition.

Regular-season champion Stephen F. Austin leads the way in all-conference selections with four players named to the teams. The Sugar Bears, Houston Baptist and Sam Houston State each named a trio to the teams while Texas A&M-Corpus Christi and Northwestern State each earned a pair of selections. McNeese claimed one spot on the second team.

Anderson, a six-foot-three-inch right side from Tyler, Texas, led Central Arkansas to a 13-3 Southland record and the No. 2 seed in this week’s 2017 Southland Conference Volleyball Tournament in Corpus Christi, Texas. The product of Brook Hill High School finished seventh in the league for hitting percentage (.330) and kills per set (3.49) in conference matches. She also averaged 1.10 blocks per set in conference play to rank 10th in the Southland.

Northwestern State claimed two individual superlatives in Freshman of the Year Hannah Brister and Libero of the Year Channing Burleson. In her first collegiate season, Brister averaged 2.63 kills per set in conference matches, the second- best average on her team. She also has a .229 hitting percentage. Burleson, who was an outside hitter her freshman season before turning libero a year ago, finished the Southland season leading her conference opponents in digs per set with 5.50 to her name, .40 more than the next ranked player.

Senior Kristyn Nicholson of Texas A&M-Corpus Christi won her third consecutive Setter of the Year award, the first time a Southland setter has accomplished that feat. Nicholson finished the conference season first in the league in overall assists with 339 and third in assists per set with 10.65. Central Arkansas’ Marissa Collins is the only other league player to have won the award three times in their career, doing so in 2010 and in 2012-13.

Stephen F. Austin’s Debbie Humphreys earned her sixth career Katrinka Jo Crawford Coach of the Year honor. Humphreys, in her 30th year at the helm of the Ladyjacks, led SFA to its ninth Southland regular-season championship and first since 2014.

No newcomers were nominated for all-conference consideration, thus no Newcomer of the Year was selected for this season.

Individual superlative winners and all-conference honorees will be honored before their first matches at the 2017 Southland Conference Volleyball Tournament in Corpus Christi, Texas, taking place Nov. 15-17.