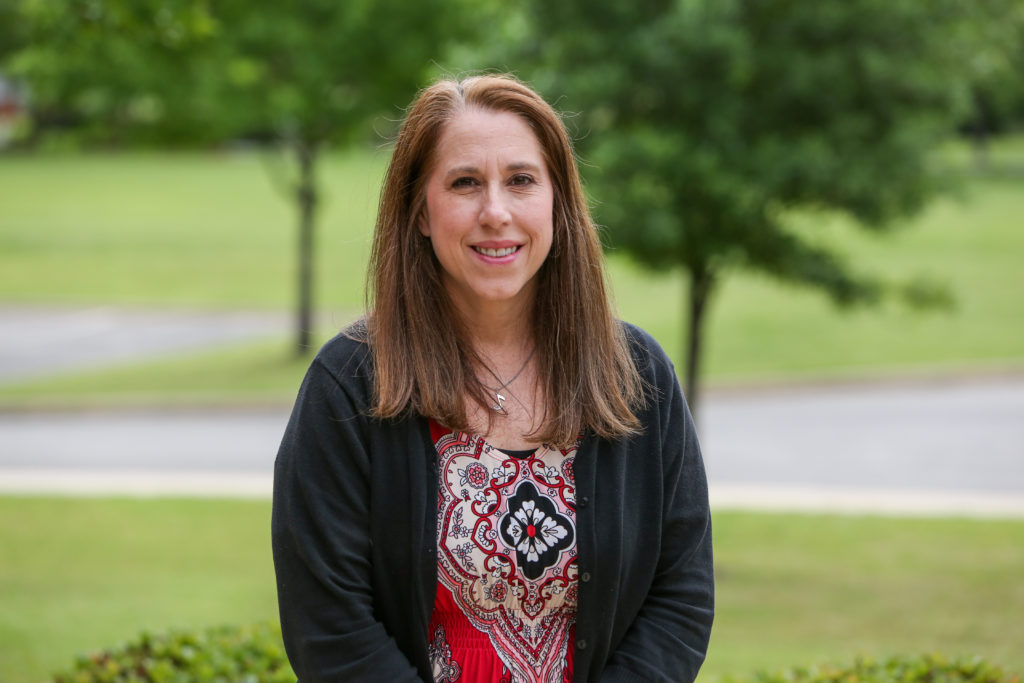 The Brook Hill School is proud to announce that Patti Eden has been named by the Executive Board of the Texas Association of Private and Parochial Schools as the TAPPS Fine Arts Teacher of the Year for the 2018-2019 school year. Mrs. Eden has been the choral director for The Brook Hill School for 21 years, and has led her students to TAPPS vocal contests for sixteen years. During that time she has led her choirs to five TAPPS State Runner-Up titles including the 2019 school year. Her students have been awarded the “Superior Rating” over 125 times. In addition to her five state runner up titles, she has finished in the top four of all state choirs six other times.

“It has been an honor for me personally to work with Patti for the past 21 years,” Glenn Ballard, Director of Fine Arts, said. “Such long partnerships are rare in the school setting, but I have been blessed to call her my collaborator, my colleague and my friend. She has made such a wonderful impact on our music program and upon our school; she is loved by her students and their parents; she is respected and appreciated by her co-workers and she is very deserving of this special honor.”

One of the highlights of her directing career was in 2017 when she conducted Christian artists Francesca Battestelli and Lauren Daigle along with a choir of approximately 150 singers in Carnegie Hall in NYC. She also organized and directed a choir of lower, middle and upper school students, alumni, and faculty to perform with Michael W. Smith at a concert at The Brook Hill School Founder’s Day Event in 2013. In February of this year she was one of the judges for the critically-acclaimed 66th Annual Baylor All-University Sing event.

She has been the Musical Director for 19 full-length musicals at Brook Hill (2000-present) and has Directed 11 consecutive annual middle school musicals (2007-present). Patti has used her musical talents to support the school’s Praise Band and to lead worship music during our weekly Chapel Services.

In December of last year, Patti sang the lead role in Come Find Me in the world premiere performance of the newly composed full-length musical score at the Cowan Center’s Braithwaite Hall. She has also performed in the East Texas Cantori Ensemble; has performed, directed and served as a Board Member for the Cherokee Civic Theatre; has performed with the East Texas Opera (Longview), the musical theatre and opera programs of the University of Texas at Tyler, and as part of a vocal ensemble for the East Texas Symphony.

She received her Bachelor of Music Education in 1990 from Stephen F. Austin State University, and her Master of Arts (music, theatre and English) in 2004 from the University of Texas at Tyler.