The Brook Hill Guard Chorale was invited to lead The Star Spangled Banner at a Smith County 9/11 event commemorating the anniversary of the tragic events of September 11, 2001. The main goal of the Smith County event was to pay tribute to the first responders who lost their loves that day, and to honor our local first responders was well. Speakers at the early morning ceremony were Texas State Senator Bryan Hughes, Smith County Sheriff Larry Smith and Tyler Fire Chief, David Coble.

“It was an honor to be asked to lead our country’s national anthem at this very special and solemn event,” Patti Eden said. “The students had to be downtown at the square by 6:30 am. I am very proud of their willingness to serve their community, their pride for their school, and the patriotism they show for our country.”

Several Brook Hill choir students and student representatives participated in a balloon release to end the ceremony, honoring the 411 first responders who died on 9/11. 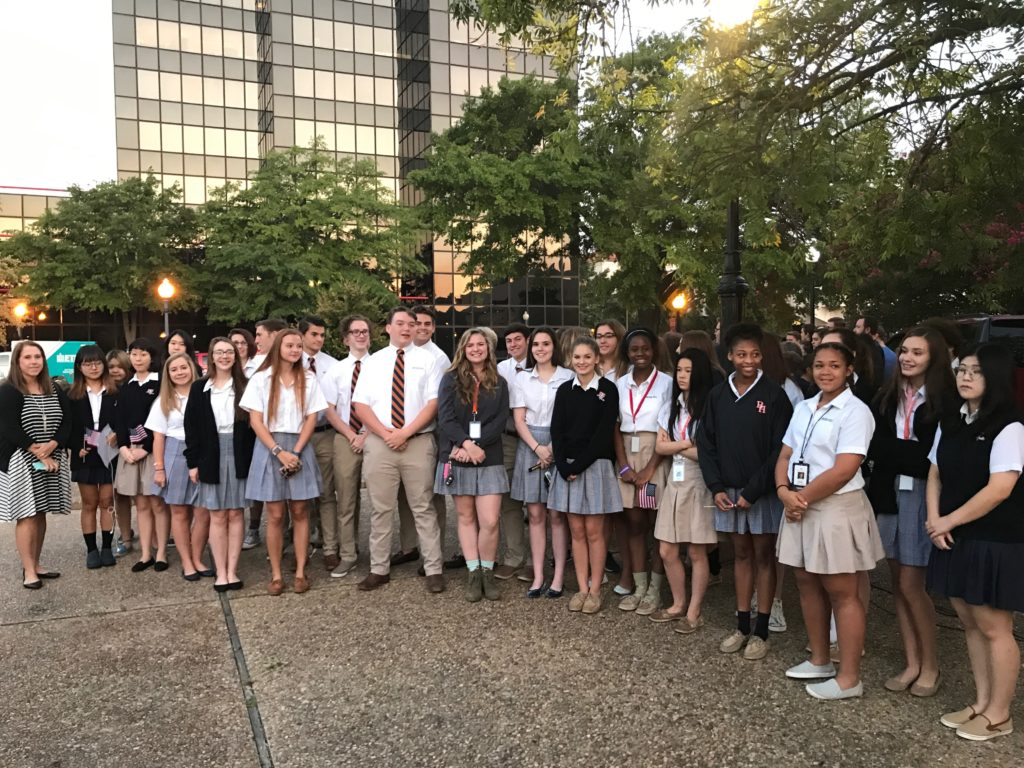