No two Mere Masculinity trips are ever the same, and this year’s trip was no exception. Of course there are some aspects of the trip that never have changed and never will. Guys being guys, primitive accommodations, physical challenges to face and personal hurdles to clear. Those will always remain constant, but the ways in which those aspects of the trip are experienced always remains to be seen.

This year we reloaded some of the standard schedule, to include the five mile hike into Avalon and the Blue Water Grill, the campfire talks, snorkeling, kayaking and of course fishing and eel catching. Those are absolute non-negotiables.

Some of the new twists that arose this year were the hoop traps we learned to use for catching lobster, yielding a monster catch that ended up in the surf ‘n’ turf feast later that night. The fishing and lobster/eel catching are closely tied to one another as we need mackerel in order to catch the lobsters and the eels. No mackerel, no lobster. So there is always a fair amount of pressure to find the schools of mackerel and then actually land quite a few.

Before departing on Tuesday afternoon to catch some mackerel, we prayed that the Lord would provide a bounty and we pulled 31 mackerel and 2 Bonita tuna out of the channel between Catalina and Long Beach. There was also a close encounter with a pod of whales off the tip of Seal Rock, where we normally go to observe sea lions in their natural habitat. The pod was first sited as they breached near the shore but then headed out to open waters as we drew nearer to the family. There were at least four of them, from what we were able to observe. Greg Jones, one of the directors at Campus by the Sea (not to be confused with the beloved BH math teacher), who graciously takes us on these private boat excursions, said that in his many years of living on Catalina Island, he had never seen anything like that. Along with that run we also spotted a bald eagle, which is always a nice bonus. Also this year, the guys were able to once again make hand-made knives from scratch, with iron wood from the island for handles.

All of these adventures and activities are closely tied to spiritual parallels that we discuss with the guys around the campfires each night. We talk about the lures of Satan and use fishing and lobster and eel catching as the object lesson. We talk about maintaining spiritual health and tie it to the session on proper auto mechanics. We discuss how the best things in life take time and planning and relate that to the arduous process of actually making a knife from scratch. The hike always lends itself to the illustration of the brotherhood and how important it is that we have each other during the difficult challenges of life and keeping one another accountable. The extraordinary experiences in God’s creation coupled with the incredible fire side talks create this unbelievable week that never leaves any of the participants the same person they were when they left Brook Hill.

By the end of the week, we had not seen a single dolphin, and I was beginning to wonder if this was going to be the first year that we went home without having spotted at least one. It wasn’t until the final ferry trip back to the mainland that any dolphins showed up, playing in the wake of the Catalina Express. The dolphins are a powerful reminder to me of the life of the Christian, a creature made for two worlds. They spend most of their time below the surface of the water, but come up frequently to connect with the realm from which they draw their life breath. The same is true of the Christian. For now we spend our days here in this reality called earth, frequently entering into the presence of God to draw spiritual breath and life from Him, taking it back with us when we return to this mortal life. This trip to Catalina was an extended time in that other realm, without the distraction of cell phones or emails, completely surrounded by the beauty and mystery of God’s creation, getting to do life the way God intended, with some exceptional young men, pondering God’s truth and how to apply it to our lives that we will now, surely live differently as a result of Mere Masculinity 2017. 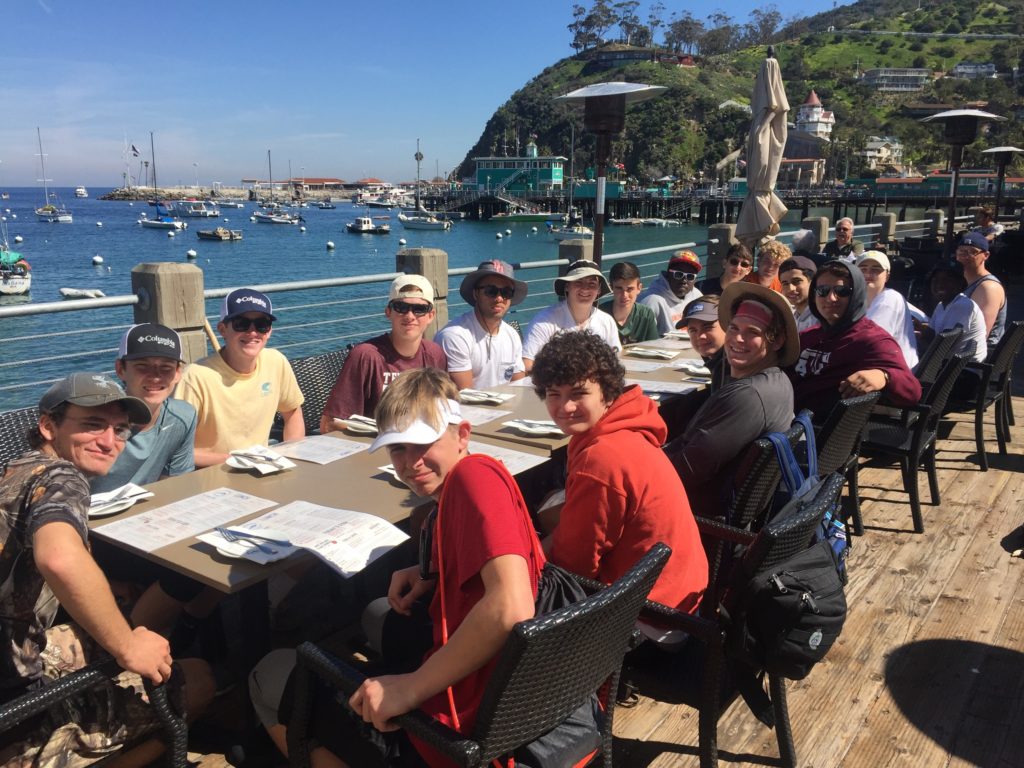 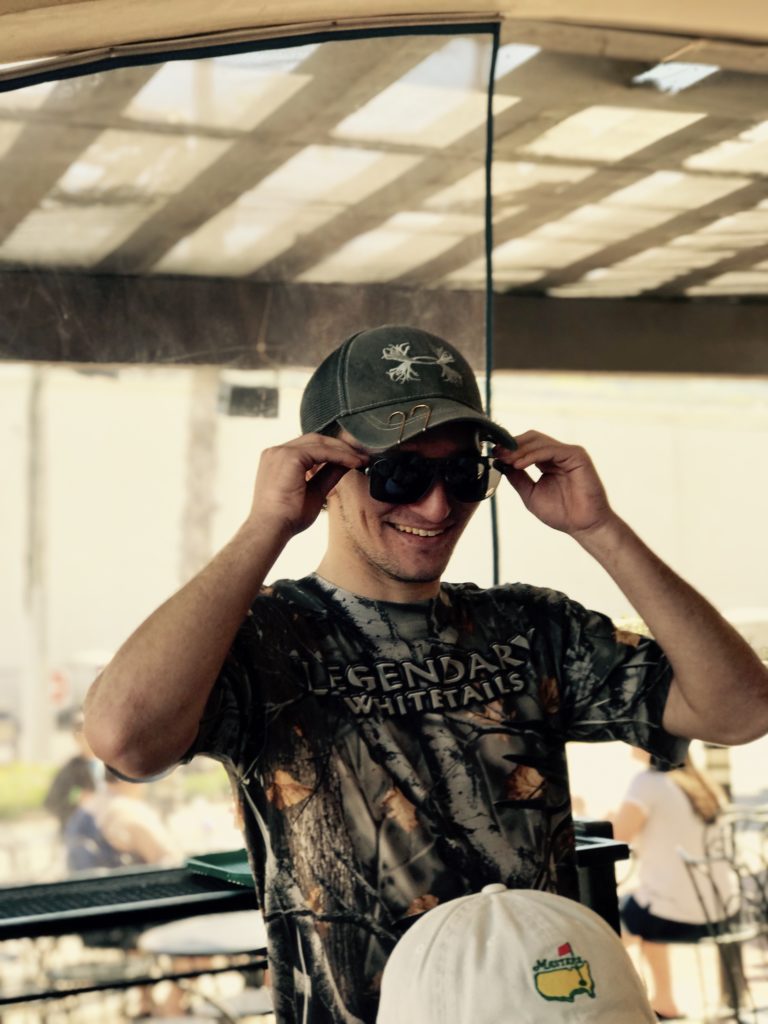 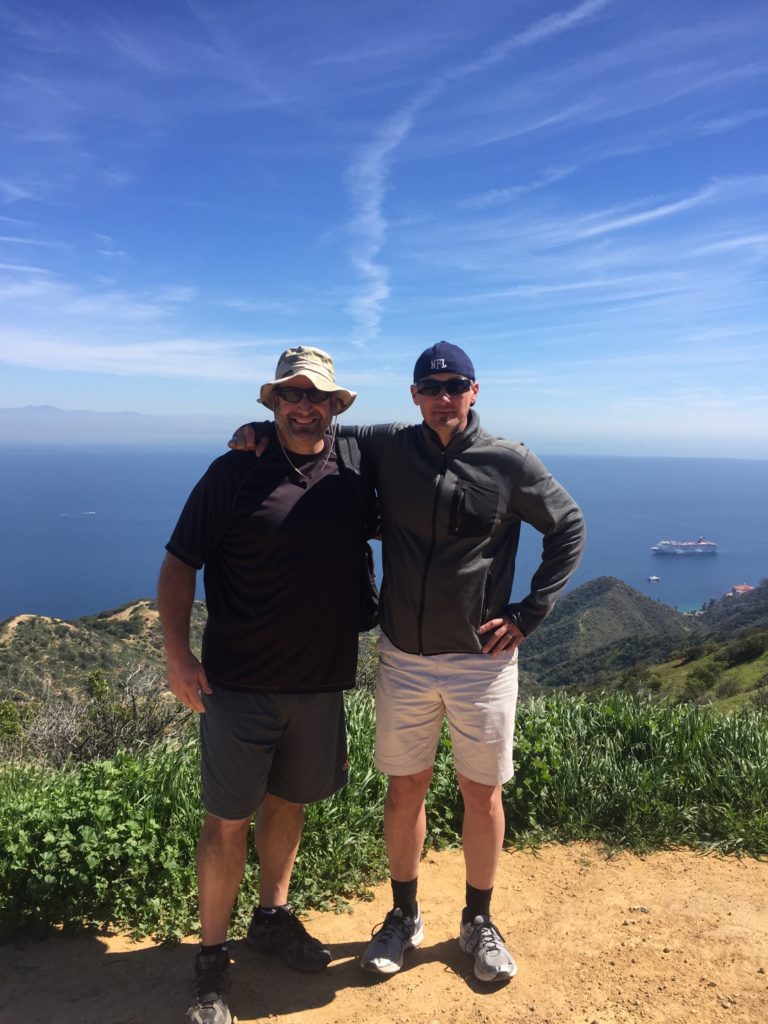 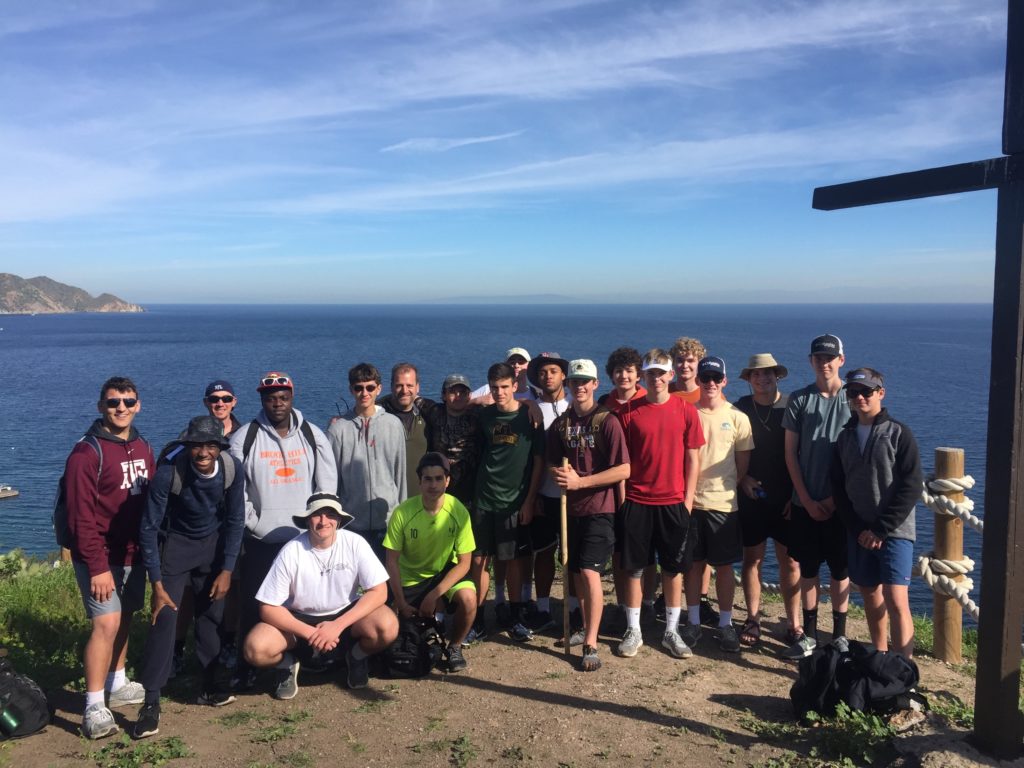 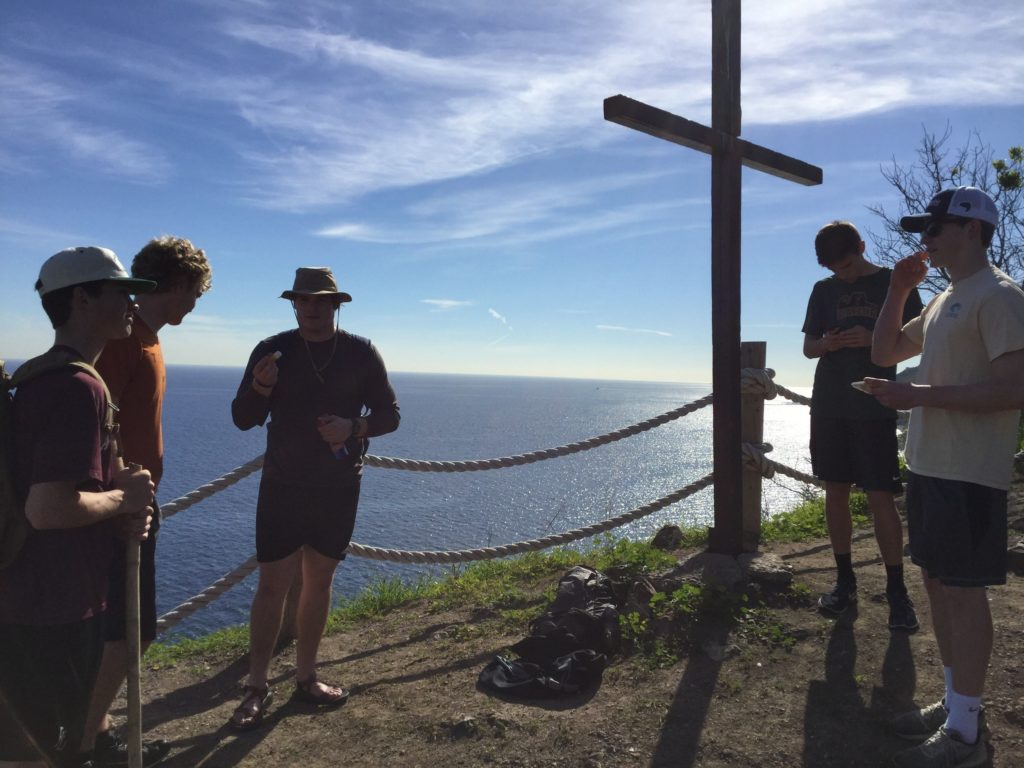 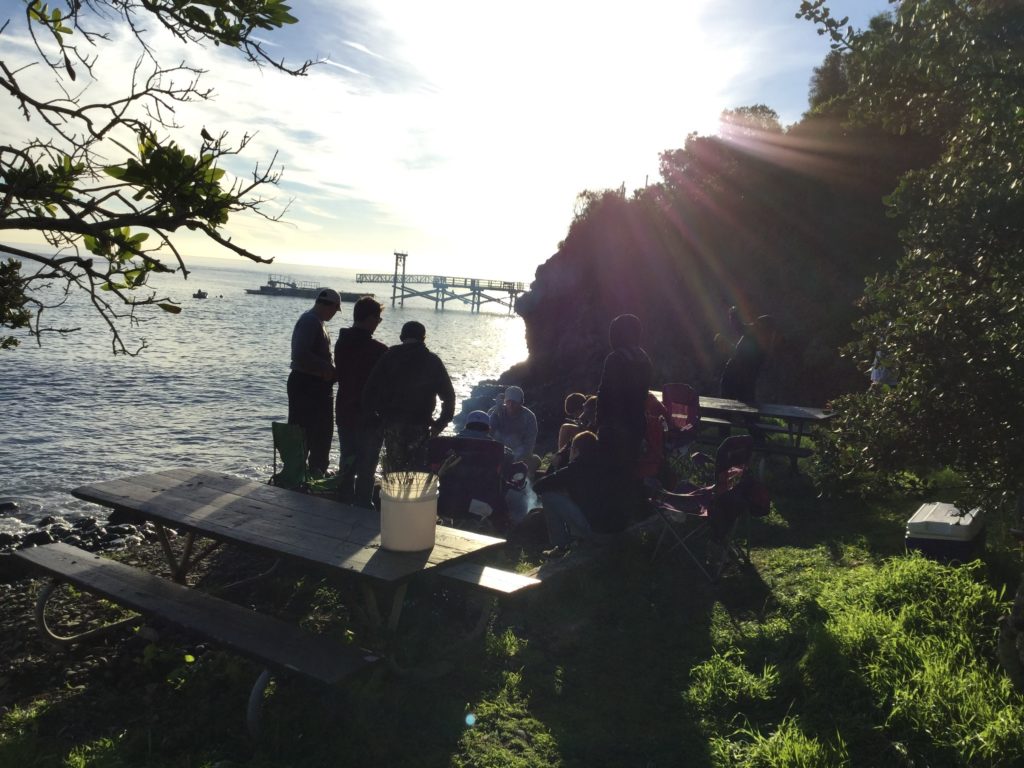 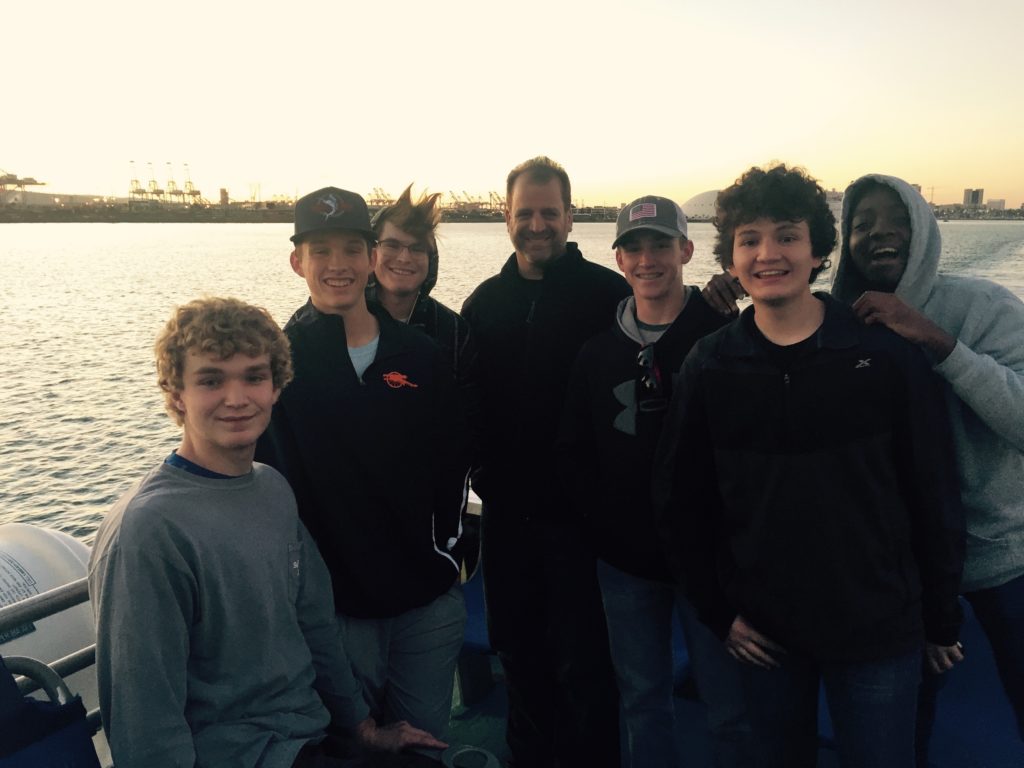 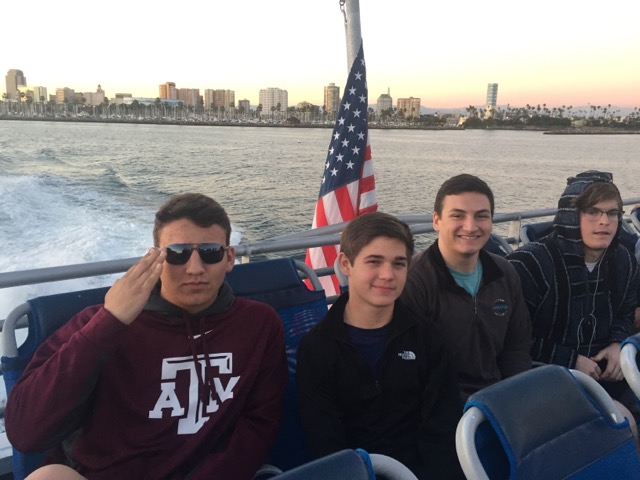 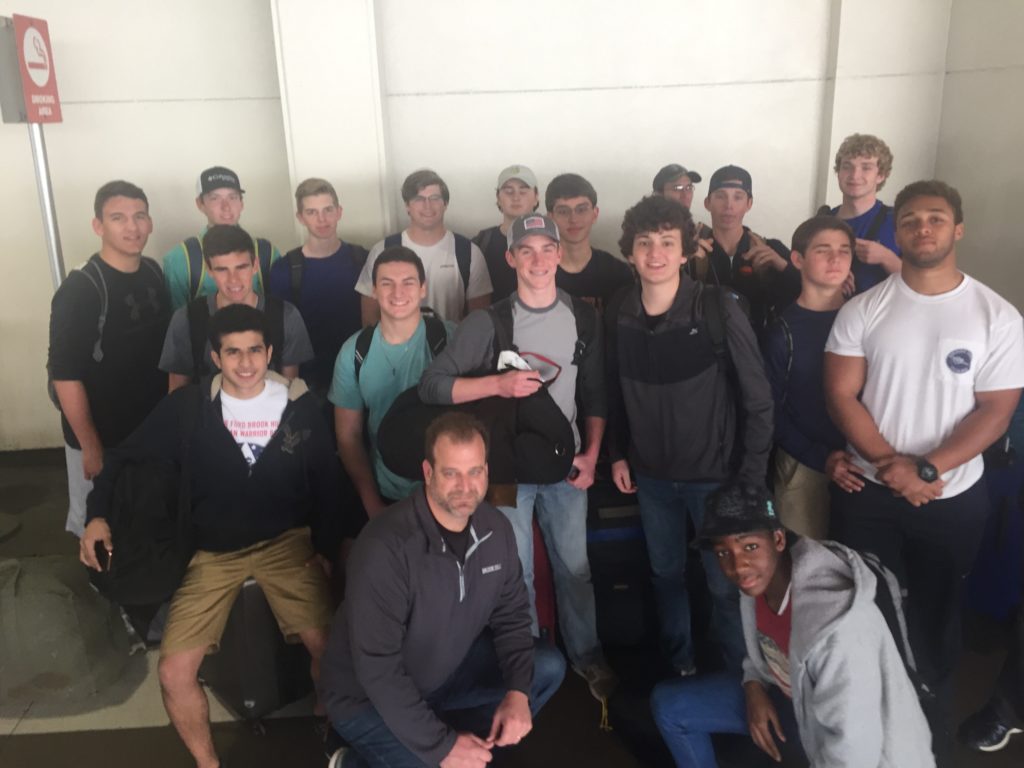