The Middle School drama students work diligently during the fall semester to stretch and strengthen their theatrical abilities. The work culminates in our winter One Act Play that is featured at the annual Potatoes and Plays event. This year the MS drama class produced “Shakespeare Unbound” by Claudia Haas. It is the story of young girl that receives a giant-print prize edition of the Complete Works of Shakespeare and how she encounters several of the key characters from his works. Before being presented on our campus, the play was entered in the East Texas Academic Rodeo One Act Play Festival on January 31. The judge of the contest gave our show a “rave review” and four of the nine cast members were recognized as “All-Star Cast Honorees.” The cast and crew will be further recognized at the Academic Rodeo Awards Ceremony on February 23.

The production was received very well by our audiences and the actors all enjoyed a feeling of success in their assigned roles. The cast featured Emma Hamlin, Aidan Mason, Meredith Priddy, Jack Cawley, Suvonna Bynum, Allee St. Amant, Jack Jenkins, Emma Lambert and Nate Dahn. Quinn Brown was the technical crew that superbly handled lights and sound for the contest production. As their director, the kids made me very proud of how well they worked together, and how well they accepted direction. I hope they will form the basis of a strong One Act Play team for several years to come.

The Middle School Choirs enjoyed great success with their recent Middle School musical, Into the Woods, Jr. The story is based on a number of fairy tales, including Little Red Riding Hood, Cinderella, Jack and the Bean Stalk, and Rapunzel. Each of the characters cross paths in the woods in search of something they wish for. In the end, of course, they all live happily ever after. The students were responsible for not only acting and singing, but also for set moving and even lights. It’s a great opportunity for the middle schoolers to get a taste of what it is like to produce a musical, and is a great stepping stone for those who might like to be in the full scale musical put on by the fine arts department each year. 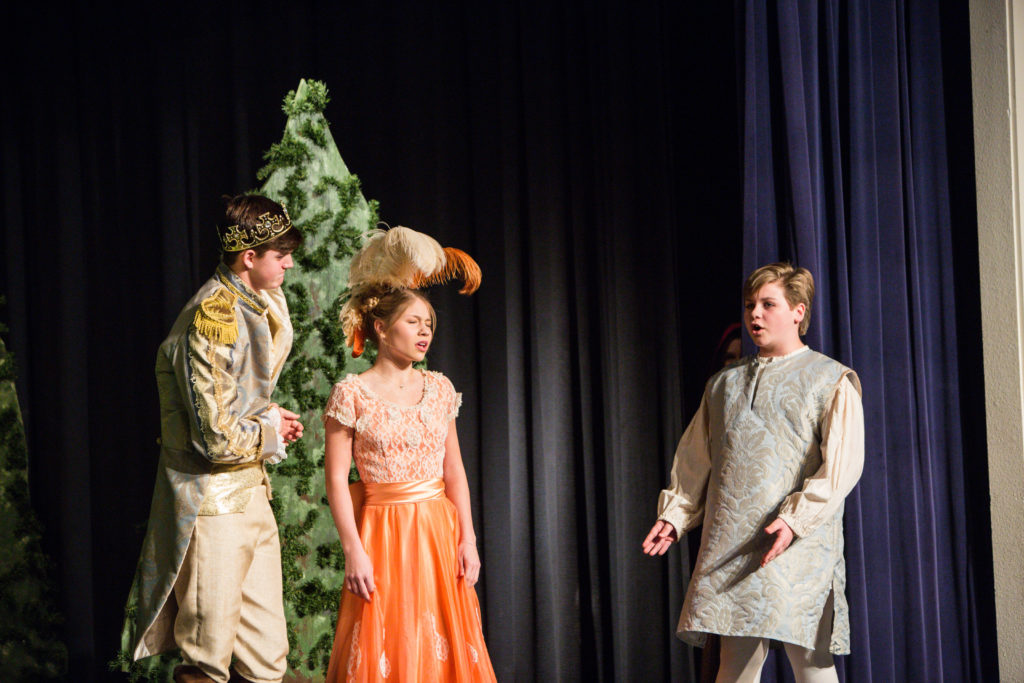 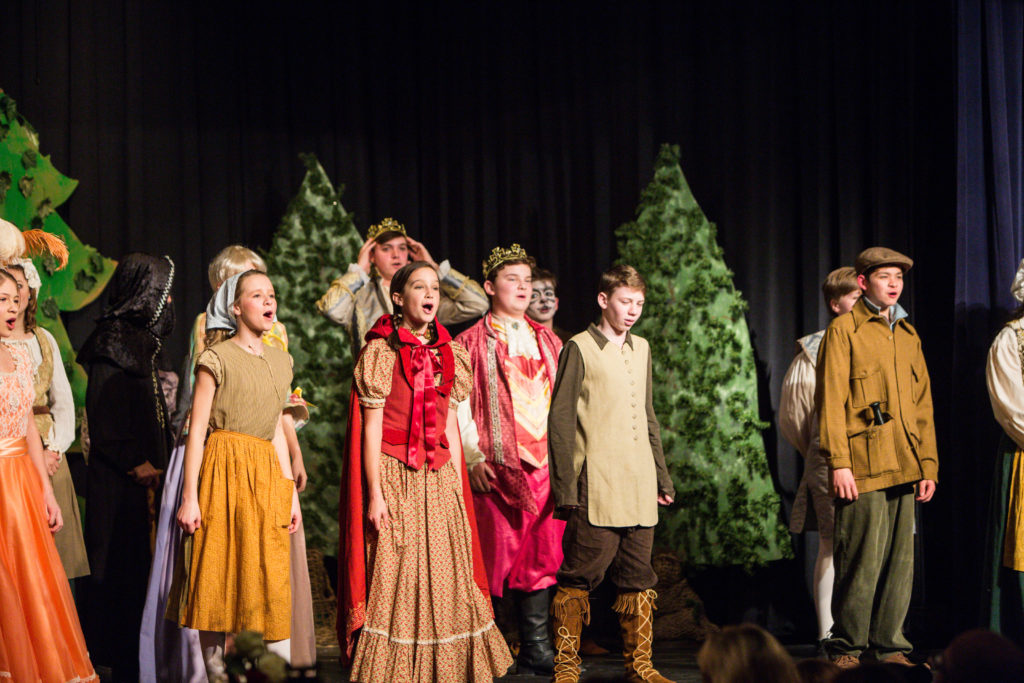 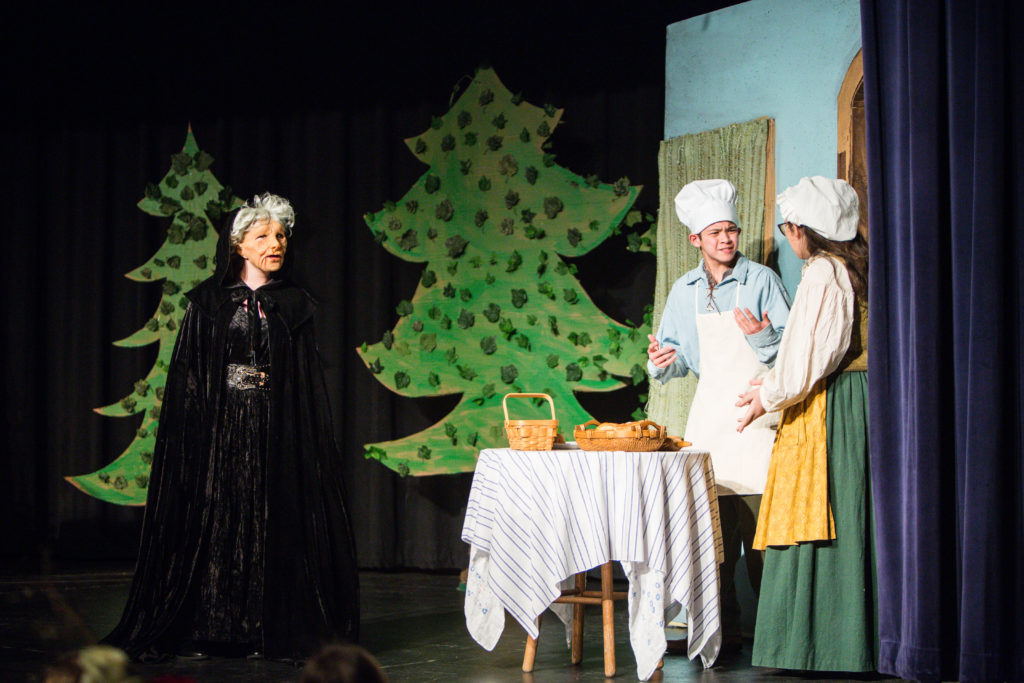 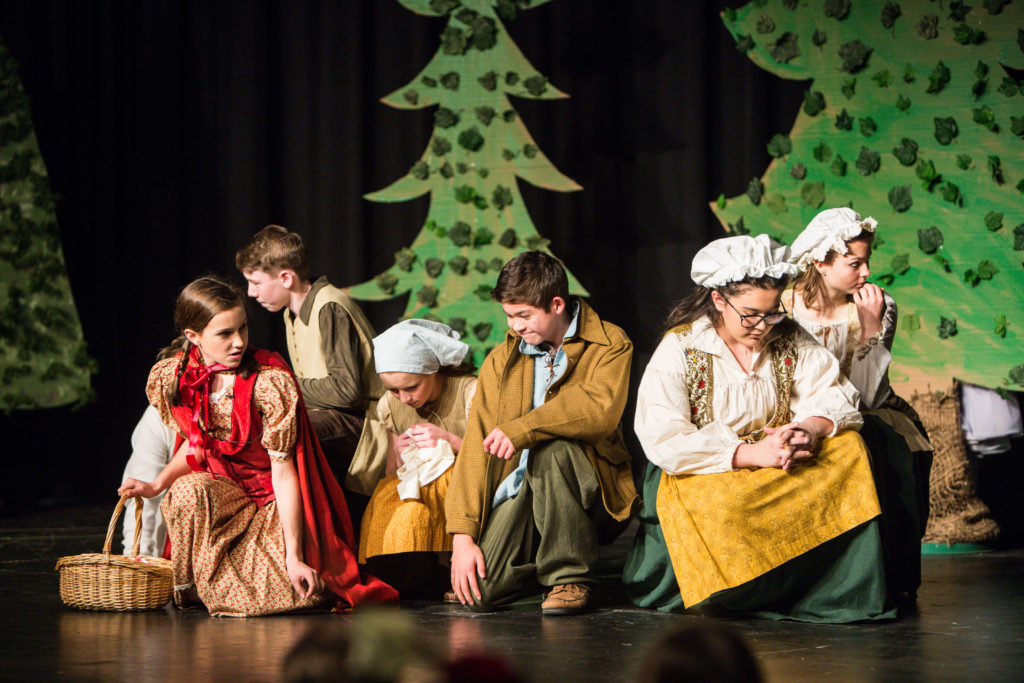 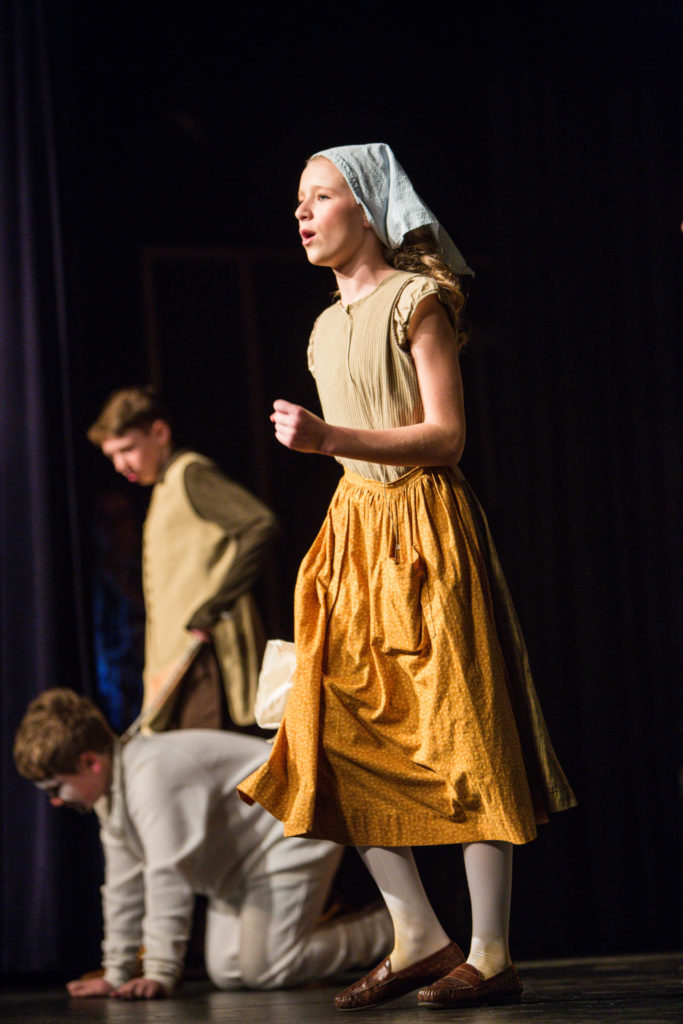 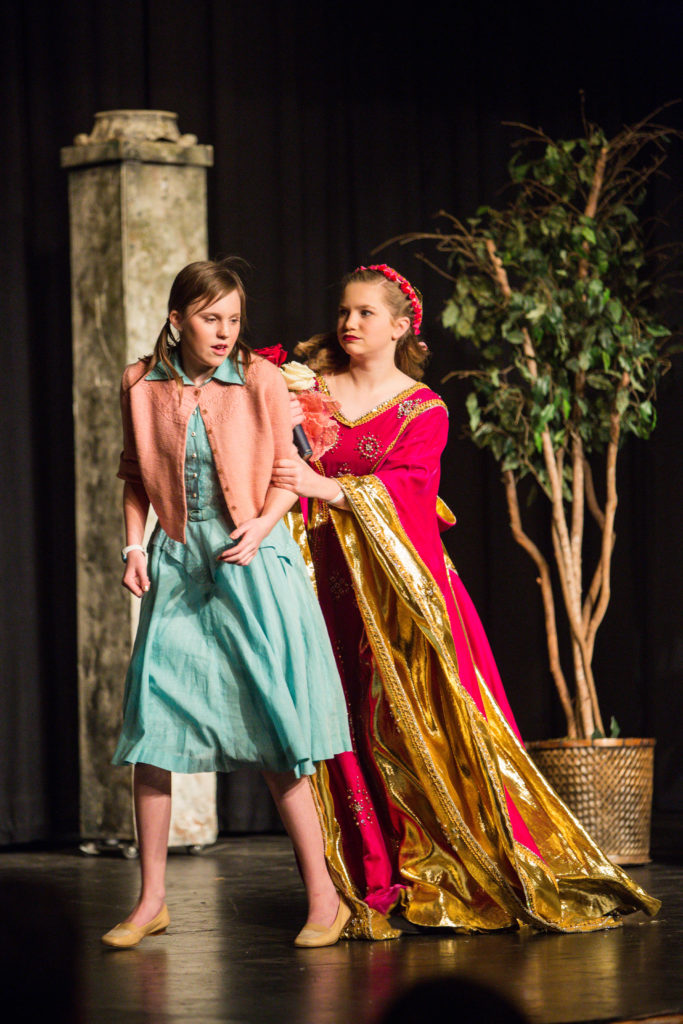 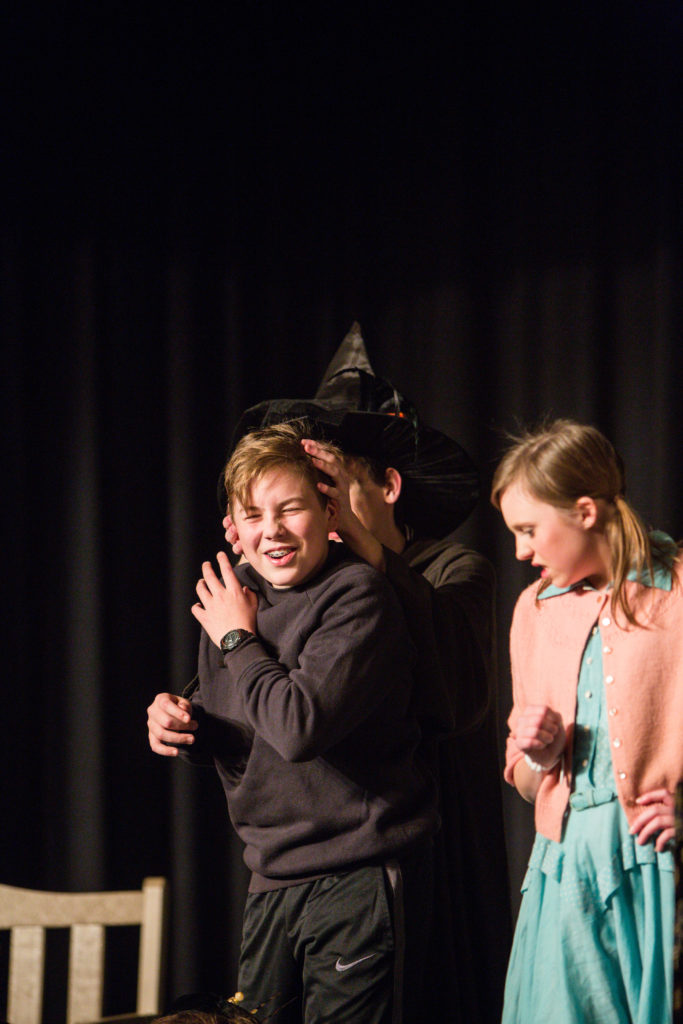