Mrs. Brashier’s second grade class led chapel service this week.  Students have been studying fairy tales and presented an adaptation of a familiar fairy tale with a twist! This story only had two little pigs; one built her house out of straw, and the other out of bricks. Budget cuts according to Director Bridger, resulted in only two pigs and no house of sticks! The pigs faced the wolf as he began to huff and puff. When he was out of air, the wolf pleaded with the pigs to let him inside their brick house because he was now a vegetarian. They decided to forgive and befriend the wolf because Colossians 3:13 tells us to ” Put up with each other….Forgive just as the Lord forgave you.”  The wolf then saved the pigs from hungry Little Red Riding Hood and Granny who next appear.  One good deed deserves another and the little pigs learn as Jesus tells us, “Give to the one who asks you for something. Don’t turn away from the one who wants to borrow something from you.” (Matthew 5: 42) 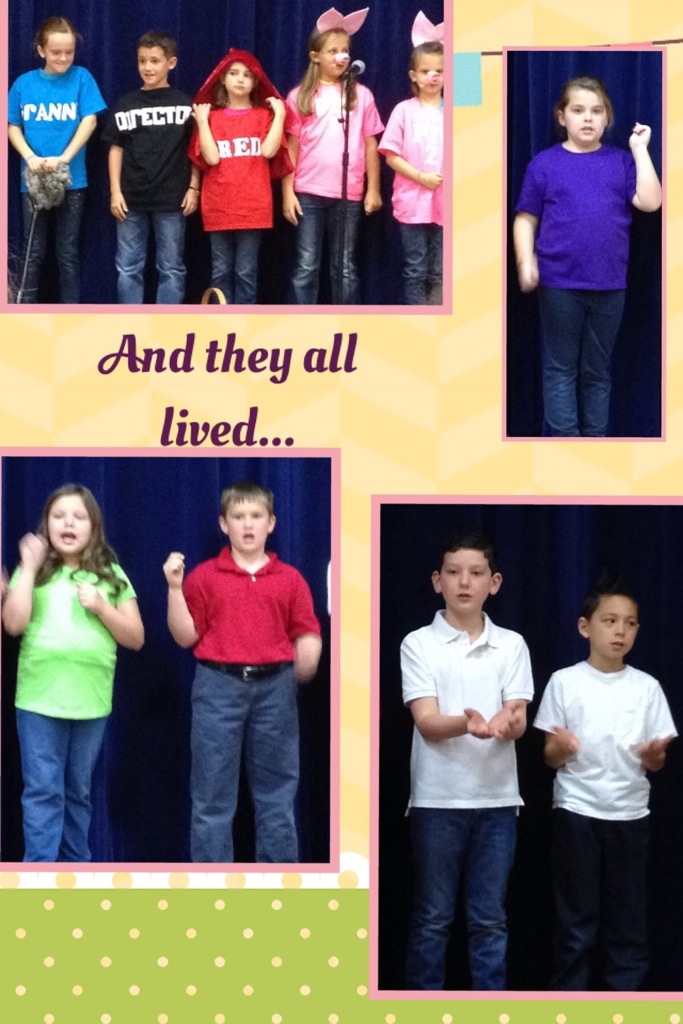 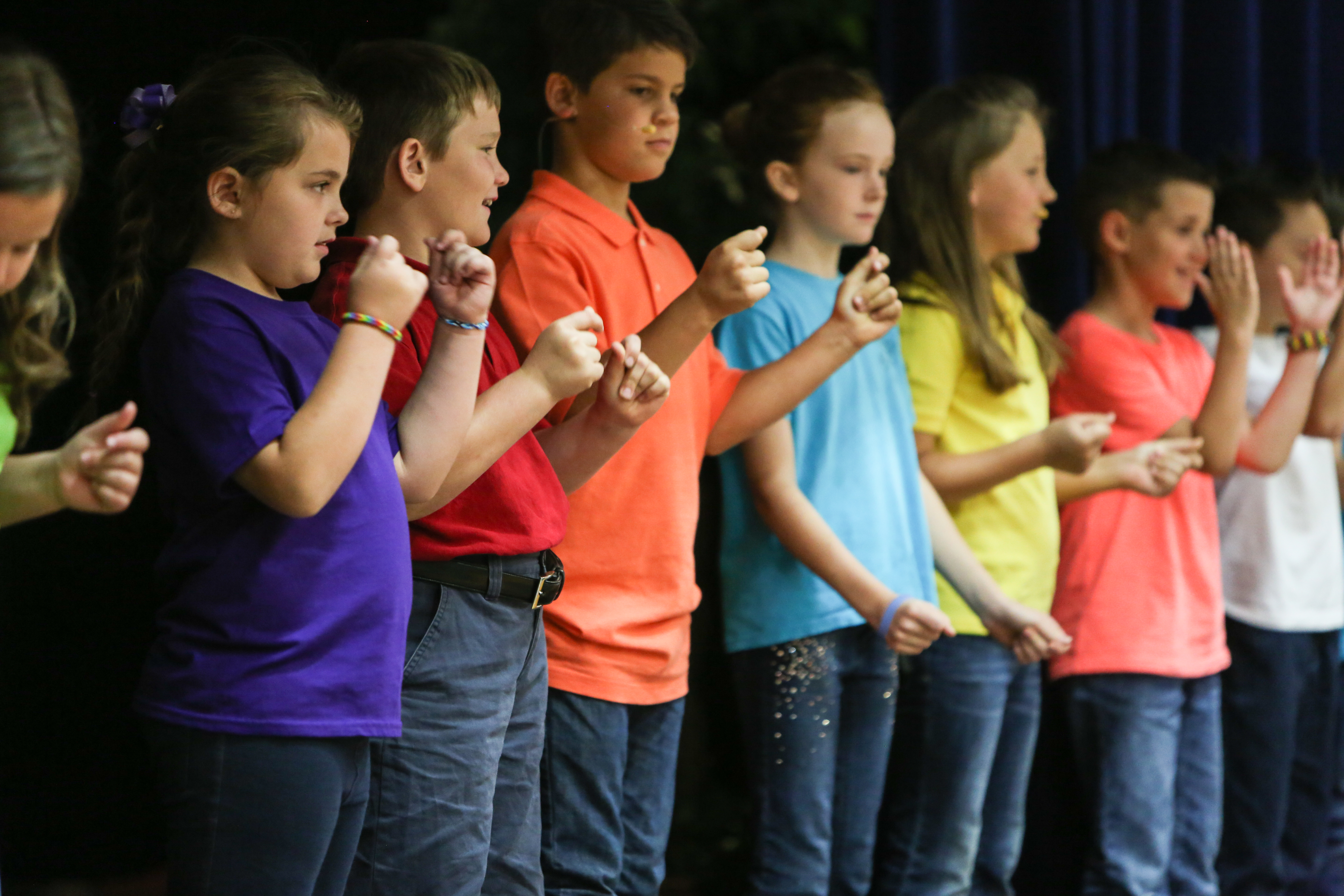