This is the second year our third through fifth graders have participated in a self-paced computer programming course. Third graders used blocks of code to take a character through an adventure in a  minecraft world. Fourth Graders used blocks of code to move an angry bird along a twisting path to get the pig and then later to move through a maze while avoiding the dangerous chomper plants. Fifth graders were able to choose blocks of code or the Java Script code.  Problem solving became complicated as they learned about loops, conditional statements and functions in a Stars Wars environment. All third-fifth graders participated but not all were able to finish. This was an exercise in creative thinking and problem solving. 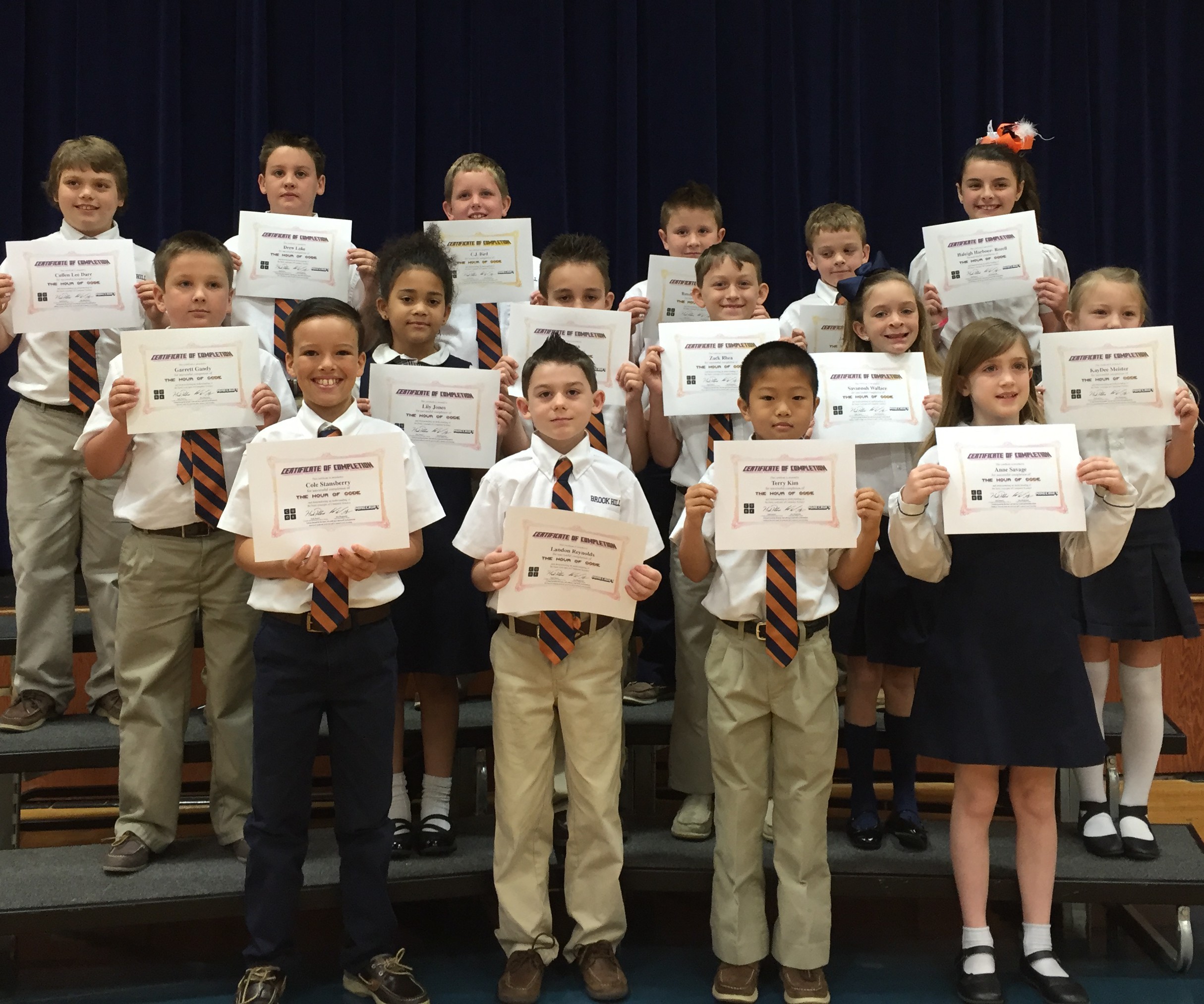 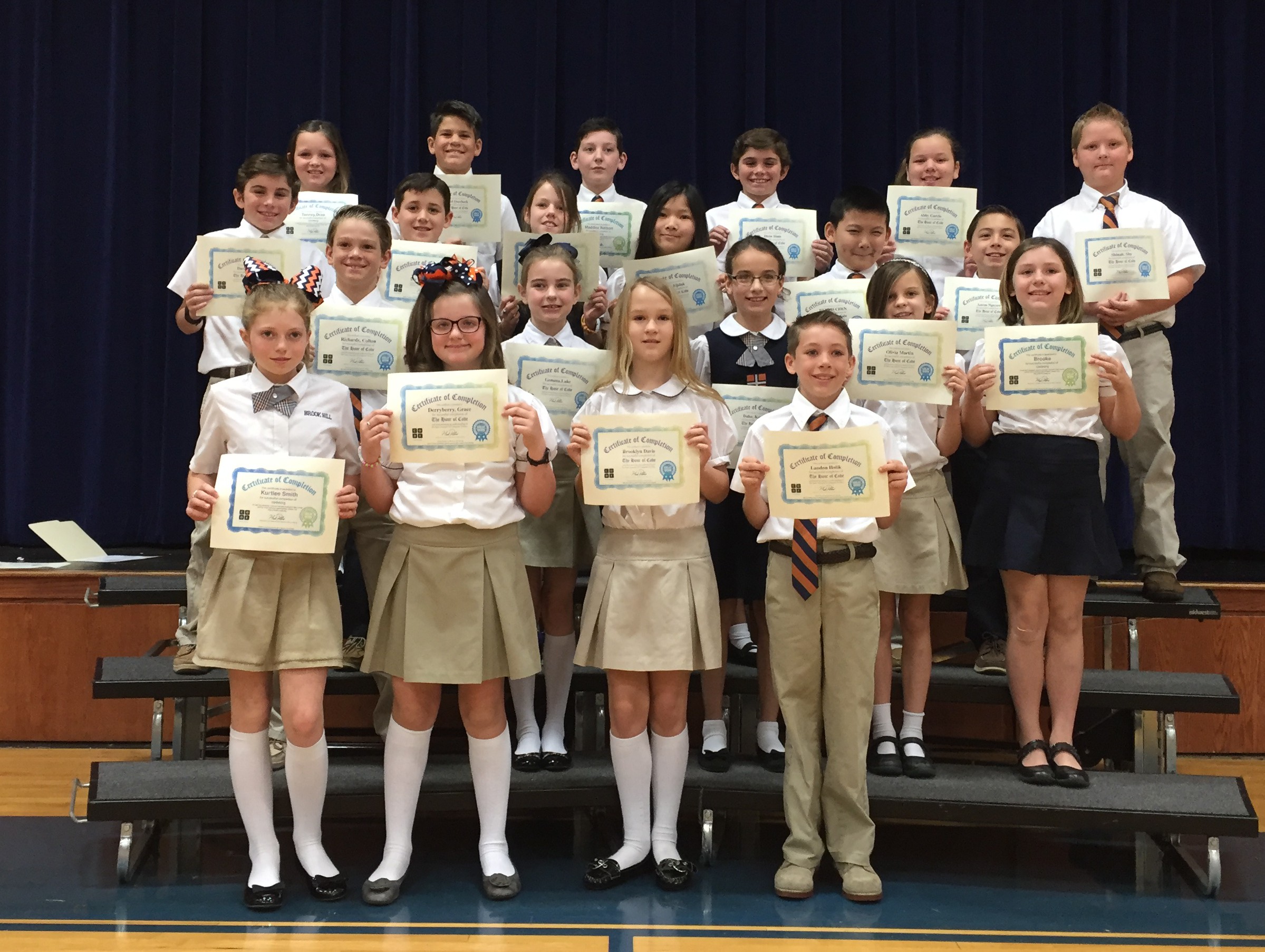 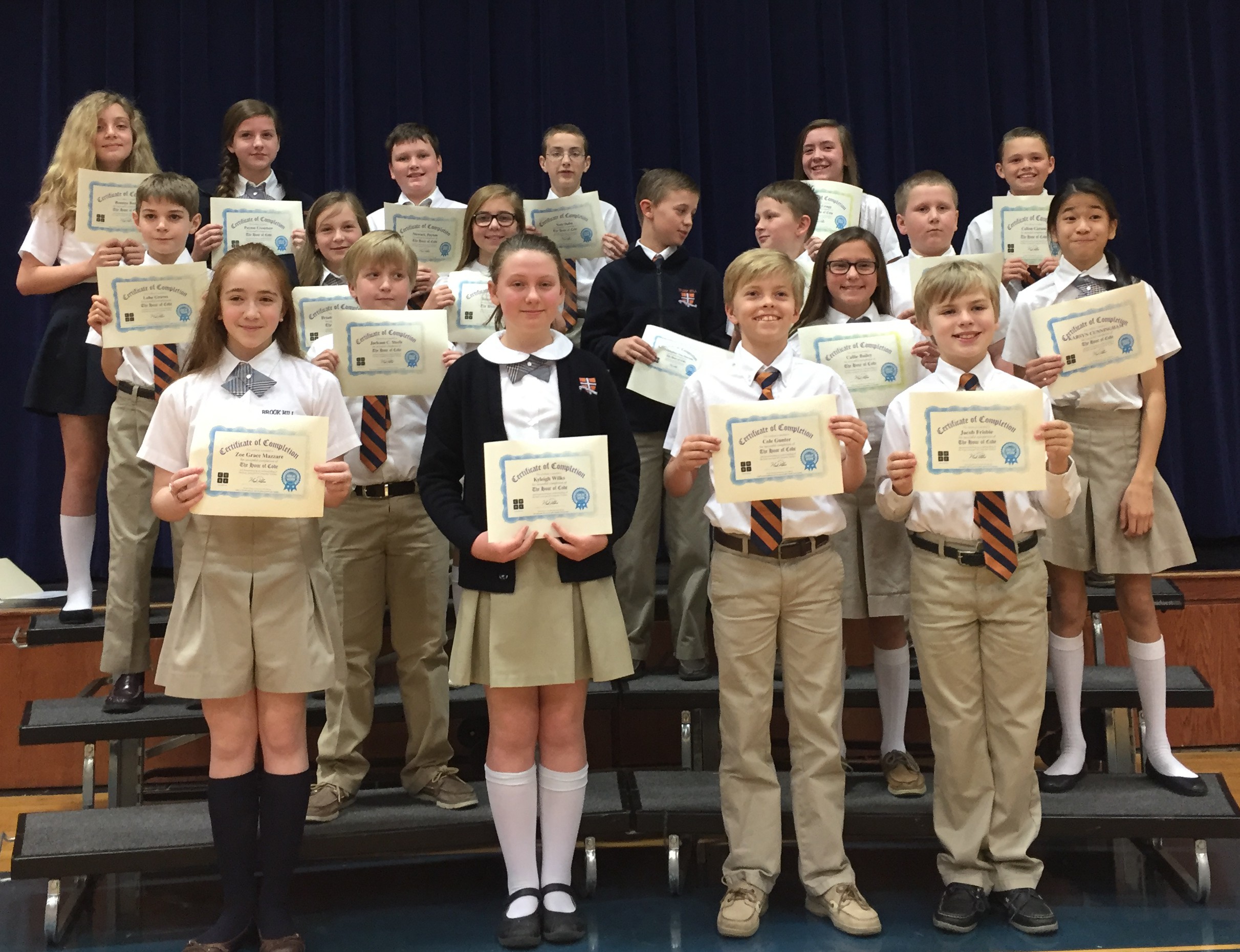 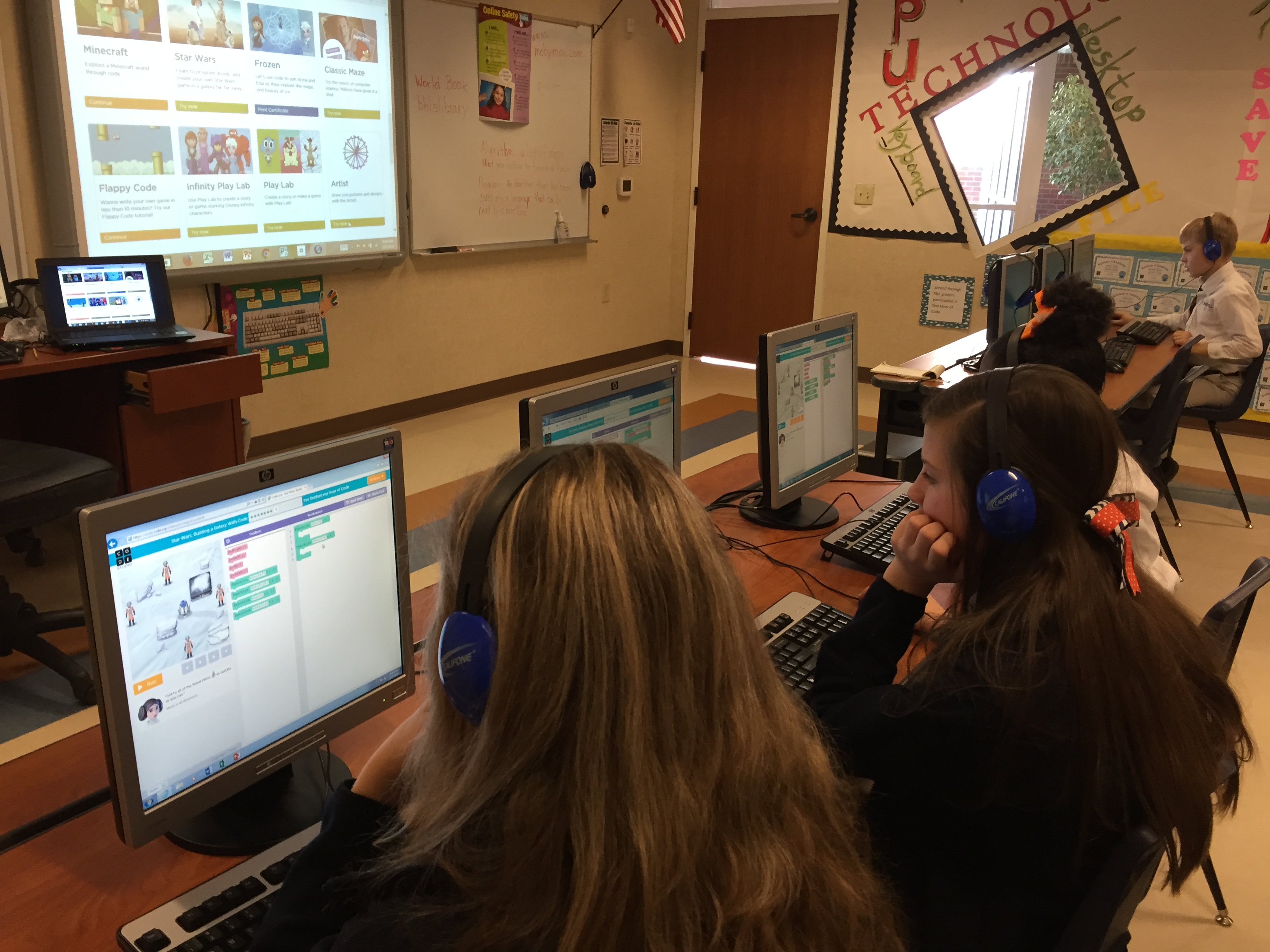 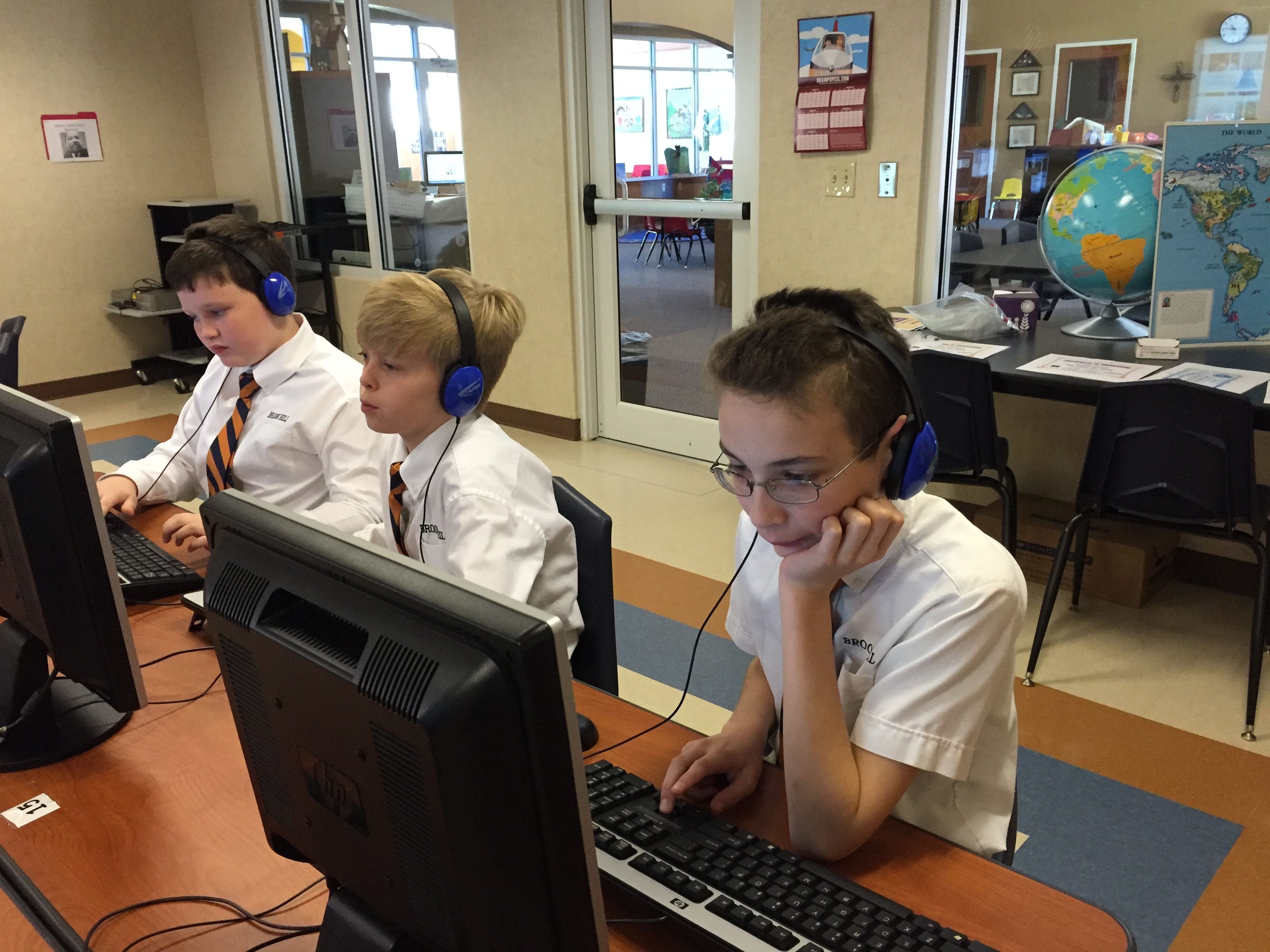 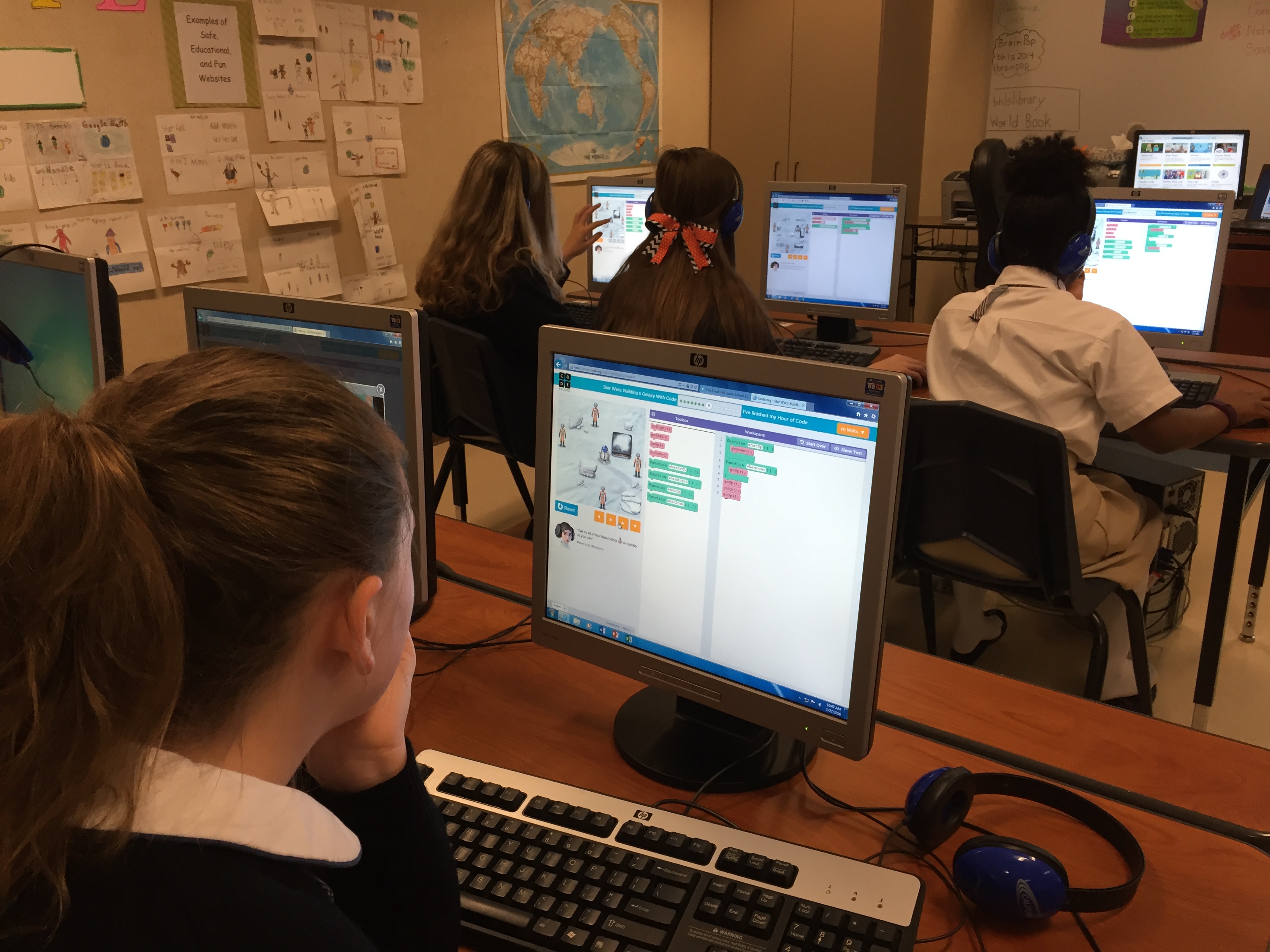 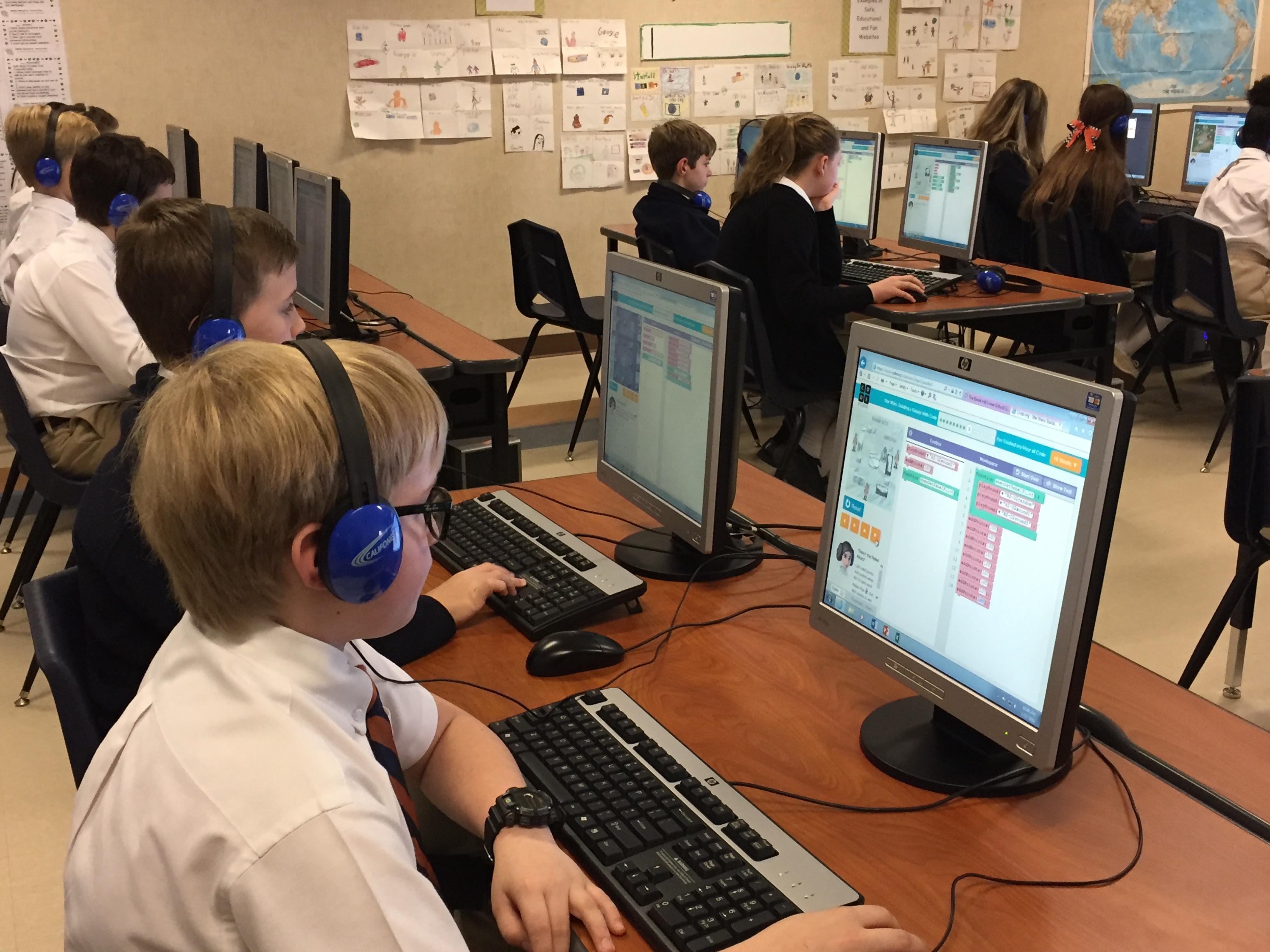