From the desk of Ginger Bell, Director of Family and Alumni Relations:

Jubilee Wheatman, Kindergarten, came to Brook Hill two years ago just two years after being set free from cancer!  Her parents Ben and Kaprena had become concerned about her rate of development during her first year of life. When her doctor could not seem to find any answer to their questions,  he referred them to Children’s Hospital in Dallas.  They checked in at the hospital on Jubilee’s older brother Micah’s 4th birthday!  Told to expect a 3 day stay for tests, they ended up staying a year and half! The specialists at Children’s eventually found a tumor on her stomach that was so large it had compressed her stomach completely flat.  The nourishment she had been taking had been feeding the tumor and not her!  The tumor was diagnosed as Stage 4 Neuro Blastoma.  Six rounds of chemotherapy followed by surgery were needed to remove the tumor.

Kaprena relates, “Every day was a fight to keep her alive.  But after a couple rounds of chemo, the tumor was shrinking and we started to see her personality come out.  She started smiling and would stick out her tongue and be silly!”  According to Mom, “Only God could have brought her to where she is today.  She is our miracle and the bravest little girl!” BH mom, Courtney Lowery recently shared with us that Jubilee was chosen as one of two Li’l Wranglers to be honored this June at the Li’l Wranglers’ Roundup the night before the Cattle Barons’ Gala, a fundraiser for American Cancer Society.

Added to that stressful time in the Wheatman’s lives was the fact that a week after Jubilee was admitted to the hospital, Kaprena discovered she was pregnant with their third child .  But baby Eli turned out to be such a blessing in so many ways.  He brought light and laughter and love to Jubilee during her recovery time and the two quickly became inseparable.  Jubilee’s experiences touched every member of their family.  Older brother Micah was deeply affected by his sister’s illness and his parents’ concern for her.  He even had to endure the death of many of the friends he had made at the hospital while his sister was there.  Kaprena says they wanted Micah to be in a safe place and loving environment once they were able to come home and that is the reason they chose Brook Hill for him.  God’s timing is perfect and His mercies are new every day as the Wheatman’s story clearly shows.  They continue trusting God and praising Him though Ben was recently diagnosed with a heart ailment that has completely changed their lives once again.  Let’s join together to pray for this family whose faith is a beautiful example of how we should live in these crazy times! 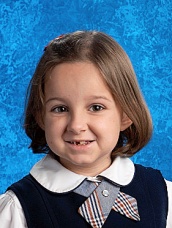 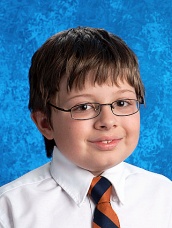