In 2015, Head of School Rod Fletcher and Athletic Director Wally Dawkins made a concerted effort to build a girl’s program that would not only develop the girl’s athletic abilities, but also would foster their character and academic success

“This season the girls were asked to buy into the same goals as a group and buy into what our vision was as a program. I think the response to that challenge was more than we could’ve ever expected as a coaching staff. These girls wanted to achieve something that would make history and change the direction of this program, and I think that their hard work led to them being able to do just that this season,” Coach Duty said. “They put the goals of the team above themselves, and ultimately God above all else.”

“Being apart of the Lady Guard Volleyball team is about so much more than high level volleyball. The girls have to maintain above average grades, be exemplary leaders in their community, and continue to grow in their journey in faith,” Duty said. “I couldn’t have asked for a better group of girls and coaches to begin this first year at Brook Hill with. We set the bar high and expect to continue to raise it every year.”

The 2019 volleyball season was an historic one for the Lady Guard. After going 21-6 during pre-season and district and claiming the district championship, the girls went on to become the first volleyball team from Brook Hill to make an appearance at the State Volleyball Tournament. Their historic playoff run brought about impressive wins over rival Legacy Christian Academy, as well as 2018 State Finalist, Austin St. Michael’s Academy. “We couldn’t be more excited to see what the 2020 season brings. With such a strong group of returners coming back next year, many of those being  incoming seniors, we have high hopes for the team next year.” 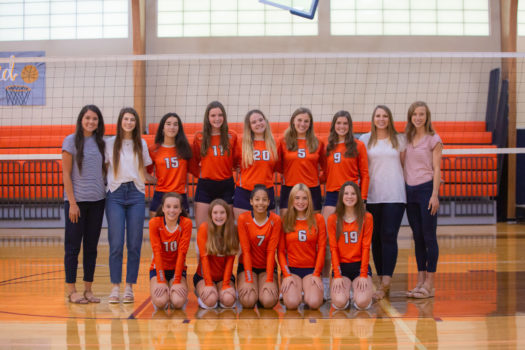 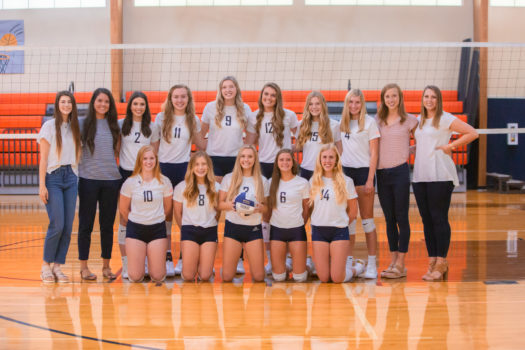 We’re committed to offering excellence in all areas of student life development!   Aside from dieting, exercising is one of the most common strategies employed by those trying to shed extra pounds. It burns calories, and this plays a key role in weight loss. In addition to helping you lose weight, exercise has been linked […]

From the desk of Candise Wise, Volleyball Head Coach:   The Lady Guard Volleyball program came alive this past season. All of our programs, from middle school to upper school, really bought in and committed to the season. Middle School: Our middle school competed each game and came out with many victories. Both 7th A […]

This volleyball season has been a special one for many members of the Brook Hill family. We’ve had six hard working young women on the court during each game and because of this, tomorrow night the Lady Guard will be playing in the first round of area playoffs. Their title of District Champions is one […]

We’d love to send a big congratulations to our one of our alumna, Samantha Anderson!   Here is the text from an article on southland.org – FRISCO, Texas – Central Arkansas’ junior Samantha Anderson is the 2017 Southland Conference Volleyball Player of the Year, the league announced Tuesday along with its all-conference teams. All Southland […]

Congratulations to our 7th A team who are your 2017 TAPSAC Volleyball Champions and to Callie Bailey for earning MVP of the tournament! Our 7th A team defeated Grace to make it to the championship game where they played All Saints. All Saints took set 1, but the girls worked hard and never gave up […]

The Lady Guard Volleyball team got out of the gym on Tuesday and went to the East Texas Food Bank to serve. They made one assembly line and packed bags with food and then packed them into boxes. “I’m proud of their servant hearts and willingness to serve their community,” Coach Wise said. Come out […]