Prepare for College and life at our boarding school in texas. At Brook Hill, winning is the goal of competition, but that’s not why we play the game. We believe that competition builds character and teaches us how to work together.

join a different kind of school

Playing American football at Brook Hill will prepare you not only for college but for life. You will be a part of a brotherhood that is focused not just on winning games, but acing tests. Our coaches care about the kind of young man you grow up to be: hard working, determined, selfless, and a team player. If that’s you, contact us and start your application today!

We have a simple but powerful motto for Brook Hill Football called C4: Character. Commitment. Confidence. Christ. The Brook Hill School’s Football program has already established a winning tradition in its short history. The Guard have won six district championships, and is in their third year of competition in TAPPS Division II, District 2. Guard Football played in three straight state championship games in 2009, 2010 and 2011, winning the program’s first football state title in 2011. 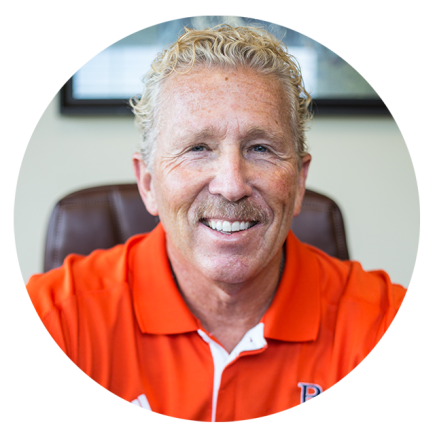 “All of our athletic teams at Brook Hill are staffed with experienced, full-time coaches who promote Christ-like character, academic excellence, and provide an environment that fosters championship athletics. At Brook Hill, we are committed to the success of our student athletes on and off the playing field. Because we are in Texas, we love football. If you want to play American football and be a part of a boarding school that will challenge you and push you to be the best version of yourself, Brook Hill is the place to come.”

Join a Boarding School  with a winning football program

Our school and its Residential Life program is designed for average to above-average, hardworking students who desire to live in and contribute to a positive, encouraging living environment. We are also a community of athletes who enjoy competition, especially football. If that’s you, we want you to join our community and realize your potential to do great things.

We are excited to announce that we have been recognized as a 2023 Best School in Smith County (Tyler, Texas | East Texas) by Niche for the fourth year in […]

We will take any opportunity we get to highlight our amazing students and the impact they have made at Brook Hill! Noah Langemeier has been a Brook Hill student […]

We had THIRTEEN student-athletes sign for SIX different sports with schools in Seven different states this year! 🥳 Finn Kaiyala and Grayson Murry will go to Tyler Junior College to […]

This week we celebrated three of our senior athletes as they signed their commitment to play their sport in college!   Petr Svoboda signed with Texas Wesleyan for Football. Winston […]

We’re committed to offering excellence in all areas of student life development!   Aside from dieting, exercising is one of the most common strategies employed by those trying to shed […]

On Wednesday mornings, the week of a home game, you’ll find our Guard football players hanging out at the Lower School!   They’re enjoying a donut, laughing, and spending time […]

On a sunny morning toward the beginning of August, 48 high school football players and their twelve coaches gathered inside of Herrington Stadium to take pictures for Media Day. Reporters […]

From the desk of Jessica Mize, ACE Director and SPARC Coordinator: First and foremost, there are not enough thank yous possible for Coach Ryle, and his staff, along with Coach […]

School isn’t just about football. it is also about life.

Here is how you will live while you’re at Brook Hill. When you’re not in class or on the field, you’ll be living in our dorms and participating in our residence life program. You will not just go to class with your friends, or just see them on the field. You will live with them, eat with them, and create new memories with your friends that wouldn’t be possible otherwise. Boarding school is a new adventure, get a taste of your life on campus in these photos.

You Will Be Comfortable

We provide a safe, vibrant community

The Brook Hill School is not a therapeutic school nor a school for at-risk students. Our school and its Residential Life program is designed for average to above-average, hardworking students who desire to live in and contribute to a positive, encouraging living environment. We are also a community of athletes who enjoy competition, including football. If that’s you, we want you to join our community and realize your potential to do great things.